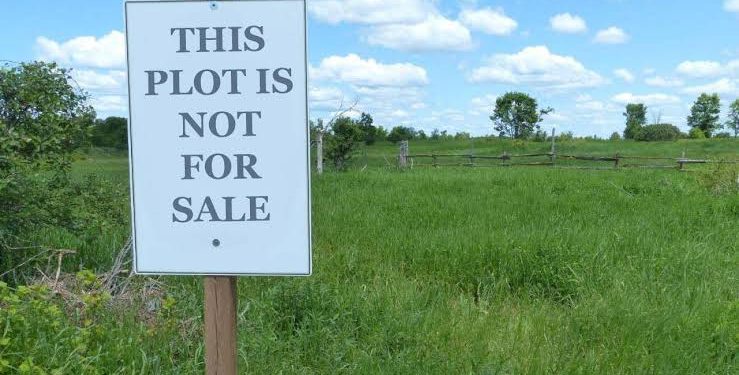 According to PUNCH Reports, Kazeem, a mechanic, also works part time for a businessman, Wahab Bello. On April 15, he was said to have worked on a faulty vehicle owned by his client on the premises of the Olorode Hotel owned by Bello in the Ipoka area of Epe.

After repairing the vehicle, Kazeem said he and his son went for a test drive and he used the opportunity to visit a pig and fish farm he was managing for Bello.

The aggrieved father said he was feeding the pigs and fishes when suspected land grabbers, led by a man identified as Ope 50, invaded the premises.

Speaking with our correspondent on Thursday, Kazeem said the hoodlums, upon sighting him on the farm, opened fire on him, adding that he fled the premises.

He noted that the suspects shot his son to death and set ablaze two vehicles.

Kazeem said, “I was about to feed the pigs when the land grabbers stormed the farm. Most of them wore masks except Ope 50, Bankoly, Seven-Seven, T-9, and Baba Amowe. Immediately they saw me, they started shooting at me and I ran for my life.

“As I made my way into the bush, they pursued me, but I was able to navigate my way to Odosonoye town in Epe. I quickly called Bello and told him to inform the police as my son was still on the farm.

“After a while, I left Odosonoye town and went back to Eredo, where a friend took me to Bello, who took me to the Noforija Police Station. We, alongside some policemen, went to the farm. But on the way, I was told that the land grabbers killed my son and burnt two vehicles.”

The mechanic said the police later raided the community and arrested some suspects, adding that he identified some of the attackers.

As investigations into the events that led to Abdulmalik’s death were ongoing, Kazeem said he and Bello were at his hotel when some policemen from Abuja stormed the hotel and arrested the latter.

“When he attempted to run, the policemen started shooting. They took him to the Federal SARS unit at Adeniji.

“He was later taken to the Zone 3 Command in Abuja, and later transferred to the homicide section at Area 10. We had to travel down to Abuja to know why he was arrested and it was when we got to Area 10 that we discovered that the sponsors of the land grabbers told them Bello was responsible for my son’s death.

“I had to write a statement to reveal the true state of things and also informed them that some of the suspects responsible for my son’s death had been arrested. But the policemen at Area 10, particularly the investigating police officer, are trying to scuttle the case. They even threatened to detain us.

“We secured Bello’s release and returned to Lagos on May 11, 2022. Policemen from Abuja and the Noforija division later visited the farm where my son was killed for investigation. I want justice and I don’t want the case swept under the carpet,” he added.

A video clip obtained by our correspondent showed the moment people carried Abdulmalik’s remains from the scene.

Wreckages of the burnt vehicles were also seen in the clip.

Photos of the child’s corpse seen by our correspondent revealed that he was shot in the stomach.

He said, “As of the time the case was reported at Noforija division, three people had been arrested and the father of the deceased positively identified two of them because he saw the hoodlums when they invaded the farm.

The case was transferred to the State Criminal Investigation Department, Yaba, and investigation is ongoing.