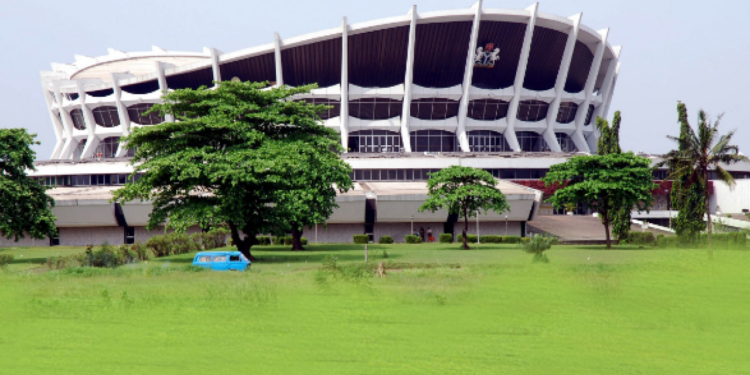 The Federal Executive Council (FEC) has approved an agreement that will lead to the renovation of the National Theatre in Lagos for N21 billion.

This was disclosed by the Minister of Information and Culture, Lai Mohammed, at the end of Wednesday’s FEC meeting.

The money for the renovation is expected to be provided by the Central Bank of Nigeria (CBN).

Mohammed said the FEC approved the execution of a memorandum of understanding between the Federal Ministry of Information and the CBN.

“I sought and obtained an approval to execute a memorandum of understanding between the Federal Ministry of Information, the Central Bank of Nigeria (CBN) and the Bankers Committee worth N21 billion for the renovation of the National Theatre Iganmu, Lagos,” he said.

“The CBN through the Bankers Committee is willing to invest N21, 894, 000, 000 to renovate the National Theatre, refurbish it, and run it profitably.”

In his remarks, the minister also said no job will be lost because after the National Theater is renovated, a special purpose vehicle will be created to run it.

He also added that It cannot be business as usual.

‘‘It will be a turning point in the creative industry in the sense that we are going to have a brand new National Theatre, an event center that will help in creating more jobs,’’ he noted.

“President had in 2020 gave approval to the CBN and the Bankers Committee, to develop, refurbish, renovate the National Theater and at the same time take over the adjourning lands to create a veritable creative industry where there will be four hubs. One for films, one for music, one for IT and the other for fashion.”

The CBN is expected to manage the edifice for few years before handing it over to the government.

The federal government, in July 2020, officially handed over the National Theatre to the Central Bank of Nigeria (CBN) and the Bankers’ Committee for renovation.

The Central Bank governor, Godwin Emefiele, had expressed hope that a new and improved national arts theatre would be launched by the president, before 2023.