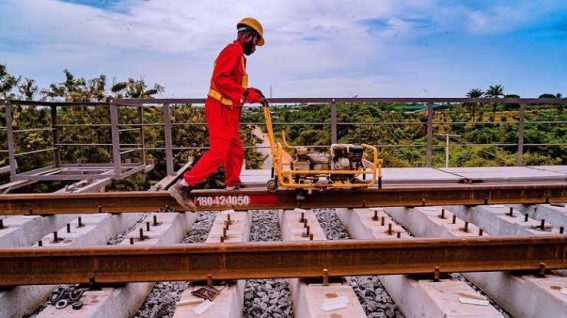 The meeting between the Federal Government and the Nigerian Union of Railway Workers, which was organised to prevent the proposed industrial action by employees in the sector ended in a deadlock, it was learnt on Sunday.

It was gathered that the NUR, an affiliate of the Nigeria Labour Congress, had threatened to embark on a three-day nationwide warning strike from November 18 to November 20, 2021 to press home their demands for improved welfare.

In a bid to avert the strike, the Minister of Transportation, Rotimi Amaechi, held a meeting in Lagos on Saturday with the union, but it was gathered that the meeting ended in a deadlock.

“The meeting ended in a deadlock and what we mean by that is that we went for the meeting with an expectation that the minister will give us a cheering news that the President has approved our agitation for increased salary structure and allowances,” the NUR President-General, Innocent Ajiji, told our correspondent on Sunday.

He added, “We’ve been struggling for this purpose since early this year. Last year it was included in the budget proposal of railway that there should be enhanced salary structure but the National Assembly struck it off.

“So we lost it last year, which was in the proposal for this year. When we saw that we lost it we now decided to start the struggle all over again. About five months ago the minister demanded that we should come up with a proposal.”

Ajiji said the union came up with the proposal but did not hear from the minister since then, adding that frantic efforts to meet Amaechi were all abortive.

He said, “Fortunately this time round the managing director of the Nigeria Railway Corporation successfully organised a meeting between us and him (Amaechi).

“And when he came we were hoping to hear that he had met with the President. This is because it is only the President who can approve the salary structure. So we expected him to tell us the level which the matter is after meeting the President.

“But what we heard from him is that the President has traveled out of Nigeria and hopefully he will be back by next week and when he returns efforts will be made to see him to discuss our matter.”

Ajiji added, “So it means that all these months that we’ve been expecting to hear from the minister no effort was made at all on our issue. This is why we cannot withdraw the three-day warning strike. So the meeting ended in a deadlock.”

Your Loyalty, Dedication to Duty are Examplary, Buhari Lauds Osinbajo at 65