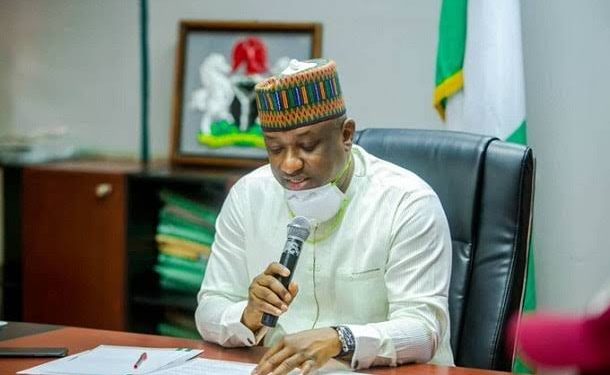 The Federal Government has approved the extension of the Special Public Works (SPW) programme.

Minister of State for Labour and Employment, Festus Keyamo, disclosed this in Nasarawa State, yesterday, at the opening of a three-day training/meeting of zonal directors and state coordinators of the National Directorate of Employment (NDE).

The SPW programme targets the employment of 774,000 people: 1000 from each of the country’s 774 local government areas.

Keyamo said President Muhammadu Buhari has asked the Directorate to develop a blueprint for the second phase of the programme.

“The Federal Government has expressed its desire to extend the programme. Therefore, we need to go back to Mr. President with a clear template on what we did and what we need to do to improve,” he said. He, however, did not give a definite timeline for the commencement of the second phase or format.

He said: “We really do not know when the next programme will commence and do not also know the format it will take. This meeting will formulate all of that and then submit our report to Mr. President who will decide the next line of action.

“But what is sure is that the programme will continue. This workshop is to take stock of the challenges that we confronted in the implementation process of the 774,000 SPW and fine-tune the processes going forward.”

The minister also gave a hint on why the immediate past Director-General of NDE, Dr Ladan Argungu, was sacked unceremoniously.

He said: “There were attempts at embarking on a ‘second list, which was why the immediate former Director-General was removed. When I saw that, I complained to Mr. President that the programme might fail because people did not follow the laid down guidelines.

“People that complained they did not get paid were not on the list that the supervising minister approved. The allegation that I hijacked the list did not make sense because I am the supervising minister of the NDE. The buck stops on my table. While I was the one that would choose those that would be on the list, it is my job to set the policy on how to choose the beneficiaries.”

Keyamo said the involvement of Christian and Islamic organisations, non-governmental organisations, market and professional groups was aimed at safeguarding the credibility of the initiative and ensure it reaches the real vulnerable groups in the society.

He said: “The vulnerable people are found in churches, mosques, markets, civil society, and labour groups were part of the committee that chose the beneficiaries.”

Faulting critics, who insinuate that the programme is a means of rewarding party men across the country, Keyamo said: “This programme is different from loan schemes that give money to build cottage industries. The Central Bank of Nigeria (CBN) does that.”

PIB: Petrol To Sell as N162 as FG Keeps Subsidy