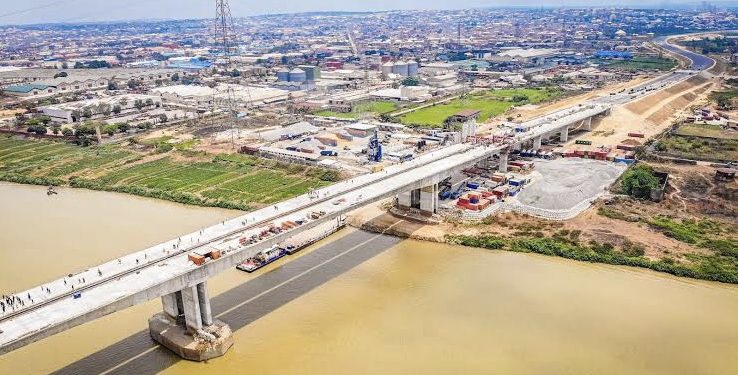 The federal government on Wednesday, December 21, announced that those using the recently opened Second Niger Bridge will pay toll.

Minister of Works and Housing, Babatunde Fashola (SAN) said the bridge, in the meantime, has been opened to ease movement during the Yuletide.

The minister said the road will remain open till January 1 for inward travelers, and for those on outward journey from January 2 to 15.

Thereafter, it will be shut again.

Fashola blamed the Monday sit-at-home by the Indigenous People of Biafra (IPOB) for the delay in completing the project.

He said construction workers were unable to work on Mondays for nearly two years.

Fashola, who spoke on Channels, said: “Infrastructure is one of the instruments for economic growth and tackling multidimensional poverty.

“The purpose of the second Niger Bridge is to bring relief to Nigerians who traverse from east to west or west to east.

“Especially during the end of the year, we know that it is a logistics nightmare moving goods and services and people.

“The bridge itself is finished. The road linking it to the Obusi end on the Anambra side is finished, except for the interchange which is at different levels of completion.

The road linking it to the Asaba side is the one that we could not finish.

“We know that it is a festive period; the ports are busy, sea and airports. The roads will also be busy.

As part of the ember month plan, we decided to open it up and provide a choice for people (to either use the old bridge or the new one). We expect that it will relieve the inconvenience at this time of the year.

“We did the same thing on Lagos-Ibadan expressway.

“There is still work to be done there, but we think that it can get better if we remove the construction barriers so that it is a proper thorough fair.

“We did the same thing in Abuja-Kano. On Abuja-Kano, which is 365 km, we have only five obstructions, and they are for safety.

“The current opening (on the second Niger bridge) for motorists is for those going to the East and will end on the 1st of January. It is currently a one-way crossing.

“On January 2nd, we will reverse what we have done and allow people to use it from January 3rd, that is, for those going back from the East to West.

“On the 15th of January, we will shut it down again so that we can finish the 4 km access road that we are trying to build and also complete the interchanges.

“Truth be told, the target date for completion is around April to May, but these dates keep shifting, and people must remember that on the eastern side, our contractors have not been able to work on Mondays for almost two years. That has affected the completion day.

“We have also had some challenges that we had to overcome in terms of timelines; we had to relocate all the transmission lines connecting the east to the west across that river – all of them had to be moved.

“Again, we lost some days because the power company had to shut down. They had contracts to supply energy, take gas, etc. All of these things are unseen.

“Inevitably, the bridge will be tolled. That is the job of the Nigeria Sovereign Investment Authority (NSIA).

“Part of what we are looking at is that we have a bridge that is properly maintained.”