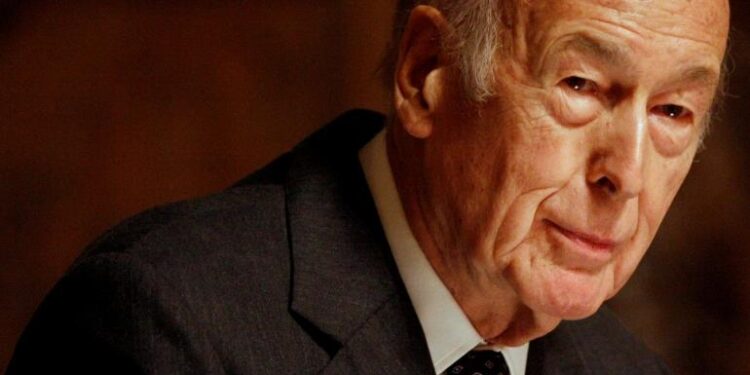 Giscard remembered as a leader who modernised France and was a champion of European integration.

Former French President Valery Giscard d’Estaing, who led France into the modern era and was a key architect of European integration in the early 1970s, has died at the age of 94 after contracting COVID-19.

Giscard, who had been in hospital several times in the last months for heart problems, died “surrounded by his family” at the family home in the Loire region.

“His state of health had worsened and he died as a consequence of COVID-19,” the family said in a statement sent to the AFP news agency, adding that his funeral would be strictly private according to his wishes.

Giscard, who was France’s leader from 1974 to 1981, became president at 48 – the youngest person elected in the 20th century – and embarked on a radical reform drive which included the legalisation of abortion, the liberalisation of divorce and lowering the voting age to 18.

In Europe, he helped drive moves towards a monetary union, in close cooperation with German Chancellor Helmut Schmidt and the two men became good friends. Together they launched the European Monetary System (EMS), a precursor of today’s single currency, the euro.

Tributes poured in from across the political spectrum in France.

France “has lost a statesman who chose to open up to the world,” said former President Francois Hollande. He hailed a man who was “resolutely European” who helped strengthen ties between France and Germany.

Giscard was also an ardent Anglophile and took office a year after Britain joined the European Economic Community, which later evolved into the European Union. The United Kingdom has now left the grouping after a divisive 2016 referendum.

“Complete love-hate relationship with our country,” the UK’s former Europe minister in the early 2000s, Denis McShane, said on a statement on Twitter, calling him a “big politician” who changed Europe.

Michel Barnier, who is the lead European Union negotiator in talks with Britain over Brexit, said: “For Valery Giscard d’Estaing, Europe needed to be a French ambition and France a modern nation. Respect.”

Born to a well-to-do French family, Giscard was firmly part of the French elite.

Tall and slender and with an elegant, aristocratic manner, he studied at France’s elite Ecole Polytechnique and the National Administration School.

At the age of 18, he joined the French resistance and took part in the World War II liberation of Paris from its Nazi occupiers in 1944.

As president, Giscard was known for his relaxed style, and was sometimes seen in public playing football or the accordion.

He also hosted rubbish collectors to breakfast and invited himself to dinner at the homes of ordinary citizens.

The 94-year-old made one of his last public appearances on September 30 last year for the funeral of another former president, Jacques Chirac, who had been his prime minister.

Giscard “dominated almost naturally with his presence, his distinction, his language, his liveliness and intuitions,” said fellow centrist Francois Bayrou, a former minister and presidential candidate.