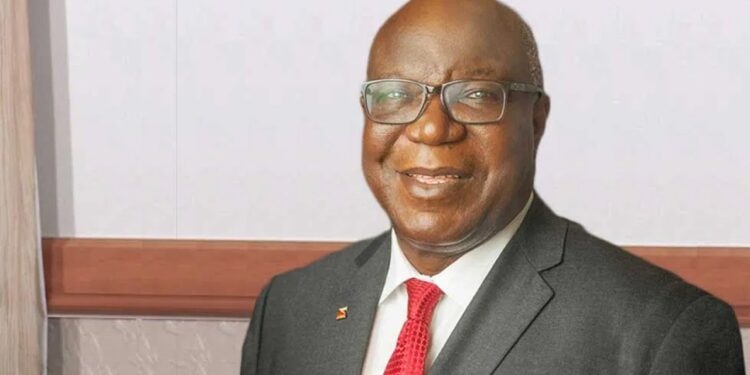 A former Vice-chancellor of the University of Lagos (UNILAG), Professor Oye Ibidapo-Obe, has died at age 71.

The late Ibidapo-Obe was, until his death, the Pro-Chancellor and Chairman of the Council of First Technical University, Ibadan.

His death was confirmed in a Sunday statement by the Registrar and Secretary to the Council of First Technical University, Olayinka Balogun.

“With heavy heart, and submission to the will of God I write to inform Council members of the transition to glory of Professor Oye Ibidapo-Obe, the Pro-Chancellor and Chairman of Council, First Technical University, Ibadan which occurred today 03/01/2021.

“I pray for the repose of the soul of the departed.”

Although the statement did not disclose the cause of the death of the academic, officials at UNILAG alleged that he died from COVID-19 complications.

Both the UNILAG vice-chancellor and the chairman of the Academic Union of Nigerian Universities (ASUU) on the campus, Oluwatoyin Ogundipe and Dele Ashiru respectively, confirmed the death.

According to Ashiru, the late professor had been receiving treatment at an undisclosed Lagos hospital for about 10 days before he was pronounced dead on Sunday evening.

“Yes, Prof. Ibidapo-Obe is dead. He died today from COVID-19-related complications. The late professor’s family has properly briefed us,” Mr. Ashiru said in a phone interview.

Speaking on the development, Mr. Ogundipe said he was shocked.

“I’m still in shock. He was very important to us. I just don’t know what to say,” he said.

The late Ibidapo-Obe was a professor of Applied Mechanics and Systems Engineering, He was the UNILAG vice-chancellor between 2000 and 2007. He was born in Ile-Ife, Osun State, and attended Ilesha Grammar School and Igbobi College between 1962 and 1971.