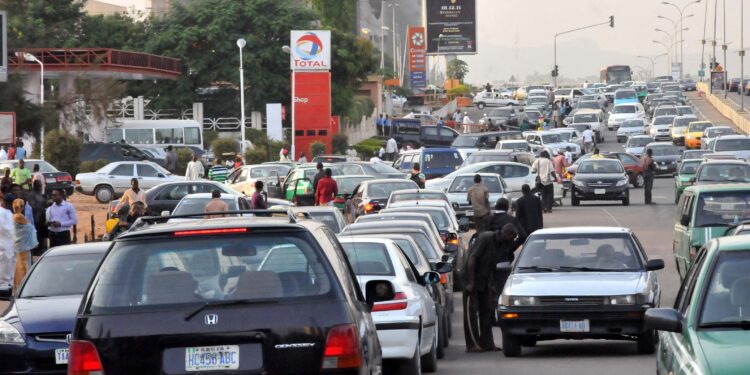 Petrol marketers are behind the lingering product scarcity and the instability in pump price, oil workers under the auspices of Petroleum and Natural Gas Senior Staff Association of Nigeria (PENGASSAN)) said yesterday.

The association accused the marketers of trying to force an increase in the pump price of petrol above the threshold approved by the Federal Government.

For weeks, Nigerians have been enduring pains to buy petrol at filling stations, especially those belonging to Independent Petrol Marketers Association of Nigeria (IPMAN), where products sell for as high as N300 per litre.

The government has pegged the pump price at between N165 and N169.

IPMAN yesterday announced that its members have dropped the plan to go on strike.

But PENGASSAN President Festus Osifo rejected a situation whereby non-state actors arrogate to themselves the power to determine the litre price of petrol far above government regulation.

Osifo spoke yesterday during the National Executive Council (NEC) meeting of the association in Abuja.

He said it was disturbing that the Federal Government was equally demonstrating high level of culpability in the unwholesome situation by its silence and unwillingness to frontally and publicly address the harrowing experiences of Nigerians.

The PENGASSAN president said: “The persistent shortage of petrol has become a source of pain to the Nigerian people as the current shortages are been perpetuated by players in the downstream sector in order to hike the price far above the government-approved threshold.

“It is an added problem when non-state actors begin to arrogate to themselves the power to determine the price of a liter of fuel far above the rate pegged by the government in the current subsidy regime.

“It is more disturbing that the government is equally demonstrating high level of culpability in the situation by its silence and unwillingness to frontally and publicly address the harrowing experiences of Nigerians in the current situation, because no concerned and responsive government will bury its head in the sands like the proverbial Ostrich while the citizens are being brutally exploited.”

He added: “We demand that the various security agencies, especially the men of NCS and NIS charged with manning the nation’s borders, act professionally and in dictates to their oaths of allegiances to stop high rate of smuggling of the products across the West African countries.

“The various depots and other storage facilities, especially those owned and operated by the NNPC, should be upgraded and made accessible to all operators to lift the product.

“Consequently, we demand an immediate end to the avoidable, unnecessary, crippling and pain-inducing fuel shortages and unapproved price hike in the country. No excuse is good enough to cripple the country. If there are challenges, they should be fixed; we have a government in power to fix challenges, not to make excuses.

“We are ready and willing to collaborate with the Federal Government and assist in all ways possible to overcome the country’s present challenges. But we caution it not to take the Nigerian people for granted as it seems to be manifestly doing on various crucial national issues.”

The PENGASSAN chief also demanded the prosecution of those arrested in connection with the oil theft be prosecuted and if found guilty be made to face the consequences.

He urged the government to sustain the current effort in restoring the vandalised pipeline and increasing crude oil production.

IPMAN’s National Operations Controller, Mr. Mike Osatuyi, said markets have no plan to shut down their stations as being speculated.

According to him, the Nigerian National Petroleum Company Ltd (NNPCL) has promised to henceforth, sell directly to IPMAN members at official rate of ex-depot price.

He said the backlog of IPMAN members’ tickets, which was over 2,000 currently, was being cleared.

Osatuyi said: “Nigerians should not engage in any panic buying as we are entering Christmas period. Our wide network nationwide makes us the perfect outlets to ensure sustained distribution of petroleum products across the country.”

On December 10, the Ogun State chapter of IPMAN threatened to shut down all its outlets across the state over an ultimatum issued to marketers by the Department of State Security (DSS).

The DSS had directed all petrol stations nationwide to sell fuel at the regulated price, and threatened to shoot down defaulting stations.

The petrol supply situation in Lagos, Abuja and other cities has remained unstable.