by The Lagos Today
in Politics, World News
4 min read
0
0 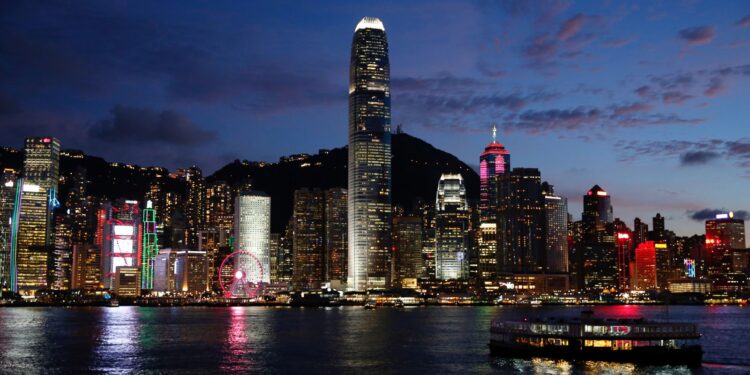 Elections for Hong Kong’s parliament – previously scheduled for September 2020 – will be postponed due to a spike in coronavirus cases.

Hong Kong chief executive Carrie Lam said the election will now be held on 5 September 2021, and the decision is aimed at “safeguarding people’s health”.

She said it was the “hardest choice” she has made in the past seven months, adding that the government has the support of the Chinese government in making the decision.

Hong Kong is dealing with a resurgence in COVID-19 cases, registering more cases this week than at any other point during the pandemic. The city recorded 3,273 infections as of Friday, more than double the tally on 1 July.

The move comes after 12 pro-democracy candidates, including activist Joshua Wong and current members of the Legislative Council, were disqualified from standing in the elections.

Candidates were barred from standing because of the lack of support for the sweeping national security law imposed on Hong Kong by Beijing, for previously calling on foreign governments to sanction Hong Kong and Chinese mainland officials, and for promising to block government legislation if elected to the LegCo as opposition members.

Postponing the elections by more than two weeks would trigger a “constitutional crisis”, 22 pro-democracy legislators warned, in a statement supplied before the announcement.

“After a year of democratic movement, it is urgent for LegCo to undergo a baptism of public opinion, that’s the root of the city’s governance,” they wrote. “The government and the whole society must make every effort to make sure that the general elections can be held as planned.”

The LegCo elections were set to be the first ballot-box test of Hong Kongers’ reaction to the National Security Law. Last year, elections for district councils resulted in an unprecedented landslide for pro-democracy candidates. Opposition parties had been hoping to produce a similar result at the more important LegCo elections.

Countries around the world have taken different approaches to holding elections during the coronavirus pandemic. South Korea successfully held parliamentary elections in April but Poland postponed its presidential election, if only by a matter of weeks.

Hong Kong feared public would have made their feelings known

The first was the undeniable risk to public health. Hong Kong is struggling with a third wave much more intense than the first. South Korea has shown it is possible to hold a mass election in the age of Covid but its outbreak was under better control.

Postponing the elections for only two weeks would have done little to mitigate the health risk either – lockdowns and social distancing take longer than that to work.

But delaying them for 12 months speaks to the other type of risk – the political one.

Beijing’s imposition of a National Security Law was meant to cow opposition in Hong Kong but pro-democracy figures have responded defiantly, subject to its sweeping constraints.

The fear of the Hong Kong leadership – and Beijing – is that the public would take their chance at the ballot box to make their feelings known.

The disqualification of 12 pro-democracy candidates yesterday was interpreted by critics as a sign that authorities wanted to tip the scales of the election in the right direction.

They will argue that this drastic postponement suggests that even after doing their best to shape the election, authorities still don’t have the confidence to hold it.

'Unprecedented' Hajj begins -- with 1,000 pilgrims, rather than the usual 2 million