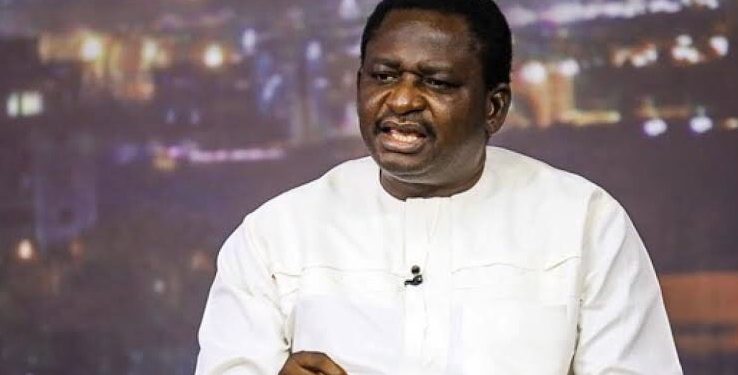 The Federal Government has said that the President, Major General Muhammadu Buhari (retd.), will stand by the deployment of the Bimodal Voters’ Accreditation System for credible, fair and transparent elections in 2023.

This was disclosed by the Special Adviser on Media and Publicity to the President, Femi Adesina, on Tuesday, while delivering his goodwill message at the 2022 International Day to End Impunity for Crimes against Journalists, with the theme, “Media, Civil Society and Violence-Free Election in Nigeria.”

Adesina was reacting to the recent alarm raised by some civil society organisations and the Spokesperson of the Coalition of United Political Parties, Ikenga Ugochinyere, about plans by some political actors to remove the Independent National Electoral Commission’s Chairman, Mahmood Yakubu, through the National Assembly and also deactivate BVAS from being used in the 2023 election and ultimately stop electronic transmission of results.

The SA said, “How many times has the President spoken about the role of technology in getting him into office? He has spoken about it locally and internationally that three times he contested and three times he ended up in the Supreme Court because the government of the day wrote the results and they never voted.

“He (Buhari) said until technology came and there was a permanent voter card, it was difficult to write results. So, how can the same person now have issues with BVAS?”

Adesina, however, told the media to trumpet Buhari’s assurance of a free, fair, and credible election and ignore those who want to cause confusion in the 2023 general election.

Meanwhile, while speaking at the same event, the Attorney General of the Federation and Minister of Justice, Abubakar Malami (SAN), said that Buhari’s government was committed to ending undemocratic and uncultured activities in the country.

Malami renewed his call on those still involved in the electioneering process to appreciate the fact that political activities were to be observed by the provisions of the Electoral Law.

The AGF said, “It is important to note that recent developments in Nigeria have proved that the Federal Government has laudable initiatives to end impunity for crimes against Nigerian citizens.

“The Committee to Protect Journalists’ report says Nigeria was the only country to get off the index of nations with impunity for crimes against journalists in 2020.

Also, a special guest of honour and governor of Kano State, Abdullahi Ganduje, who was represented by the Attorney-General and Commissioner of Justice, Lawan Abdullahi, noted that “the peaceful outcome of the 2023 general election lies in the hands of the media.”

The Chairman of INEC, who was also represented by a National Commissioner, Mohammed Haruna, said, “We should remember that regardless of our profession, religion, or ethnicity, we are all the country’s stakeholders of peace and progress.”

Abacha Loot: FG, US sign agreement on return of $23.4 million