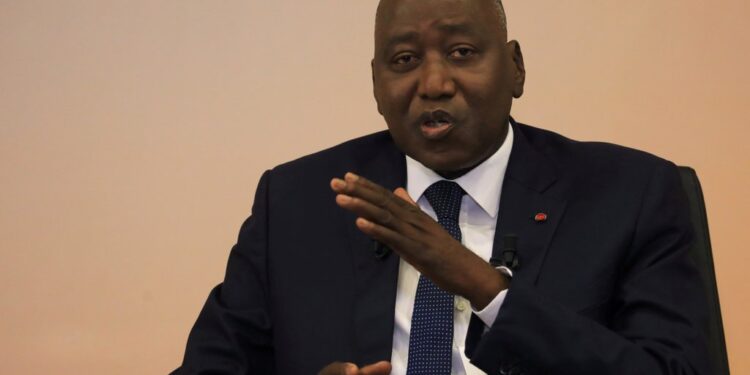 Amadou Gon Coulibaly had just returned to the West African country from France, where he had been receiving treatment for a heart condition.

DAKAR, Senegal — The prime minister of Ivory Coast, a candidate for president in a coming election, died suddenly, the country’s president announced on Wednesday.

The death of Prime Minister Amadou Gon Coulibaly, 61, cast uncertainty on the West African country’s presidential election in three months, in which he was to be the ruling party’s candidate. The cause of death was not immediately clear.

He died following a Cabinet meeting on Wednesday afternoon, soon after having returned from France, where he had spent two months receiving medical treatment for a heart condition.

The president, Alassane Ouattara, 78, paid tribute to the colleague he called “my little brother, my son,” in a message praising his devotion and loyalty, posted on Twitter on Wednesday evening. Mr. Coulibaly was the candidate the president had picked after deciding not to run for a third term as president.

“He embodied this young generation of Ivorians of great skill and extreme loyalty to the nation,” the president wrote.

Mr. Coulibaly was Mr. Ouattara’s right-hand man. He previously served as minister of agriculture under Laurent Gbagbo, the former president who was tried and, last year, acquitted of crimes against humanity by the International Criminal Court in The Hague. Mr. Gbagbo’s refusal to give up power when he lost an election in 2010 to Mr. Ouattara led to a civil war in which thousands died.

In part because he belonged to a powerful family from Ivory Coast’s north, Mr. Coulibaly was instrumental in gaining popular support in the region for the party Mr. Ouattara came to lead, the Rally of the Republicans (R.D.R. by its French acronym).

“He was the president’s most loyal collaborator,” said Dr. Arthur Banga, a historian at the University of Cocody in Abidjan, the capital of Ivory Coast.