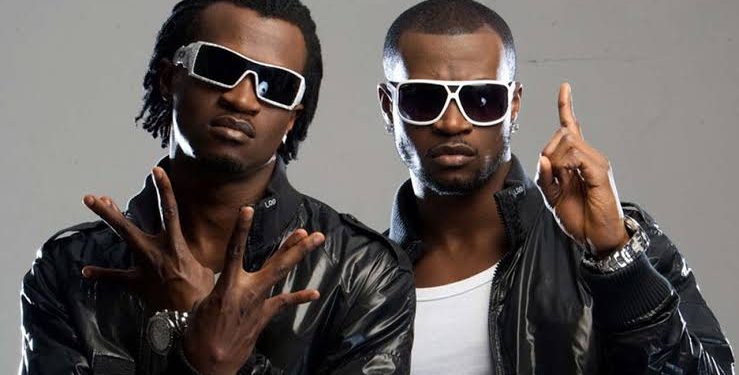 News about their reunion started spreading earlier in the week when the duo, including their older brother Jude Engees, started following one another back on Instagram.

On the eve of their 40th birthday, a video of the two hugging each other went viral, confirming indeed that the brothers are back together.

Fans greeted the news of their reunion with cheers as many have waited so long to see the twins reconcile and bring back the musical flavour that made them a dominant force across the continent.

Peter and Paul’s musical career began to leap after their debut album ‘Last Nite’ in 2001. By 2005 when they released their sophomore album ‘Get Squared’, they were already household names. The duo continued to soar, sealing deals and clinching awards until 2016 when they disbanded following a disagreement about their management.

Efforts by many to reconcile the duo yielded no results until recently.

To mark their birthday today, the brothers sent birthday wishes to each other on Instagram. Paul, however, took a step further by posting a photo of the group together with an account number with the caption:

“Starting from @obi_cubana and @judeengees even @davido 😂 let’s show @davido that 2 heads are better than 1☝🏽…..everything na double double❤️🍾🎉”

Buhari Jets Out To London For Medical Check-up, Education Summit