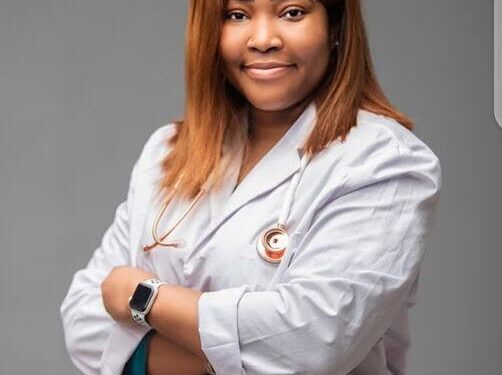 Adepoju, who was arrested on Wednesday alongside her firm MedContour Services Ltd, was arraigned before Justice Mohammed Liman of the Federal High Court, Lagos.

Popularly called a cosmetic surgeon, Adepoju was brought before the court under criminal charges of failure to comply with FCCPC’s requirements in an investigation, appear and provide information relevant to ongoing investigation.

In a six-paragraph affidavit of completion of investigation attached to the charge sheet, FCCPC said it received complaints from Marlene Oluwakemi, Taiwo Temilade and Vivian Onwuzuligbo against Adepoju’s services, which they described as “unsafe for consumers”.

They also complained that she made “false, misleading and deceptive representation in relation to the marketing of their services.”

The affidavit reads, “In particular, the above-mentioned Vivian Onwuzuligbo, a member of the Mrs. Nnneka Miriam Barbara Onwuzuligbo (now deceased) alleged that the deceased died as a result of the failed defendants’ cosmetic surgery and she is privy to the events that led to the demise of the deceased.”

Noting that the incidents happened between April 15 and May 4 this year at 11A Ladi Alakija Street, Lekki Phase 1, Lagos, the prosecuting counsel for the FCCPC, Babatunde Irukera said Adepoju acted contrary to sections 33(3)(a) and 113(4)(a) of the FCCPC Act 2018 and is liable to be punished under sections 33(3) and 113(1) of the same Act, among others.

While the defendant pleaded not guilty to the five count-charge, Justice Liman admitted her to bail on self-recognisance in view of the COVID-19 pandemic.

The case has been adjourned until Friday July 9.