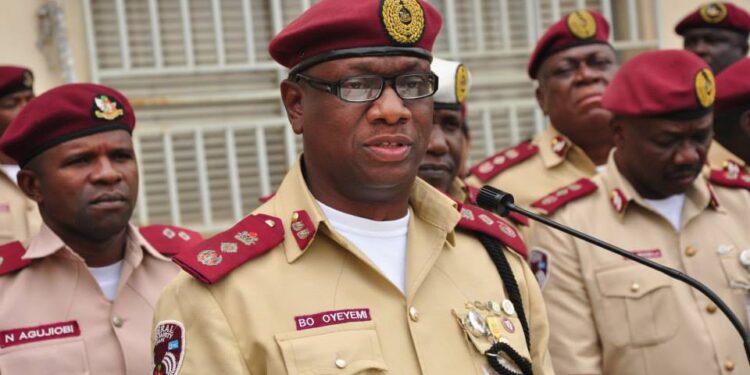 No fewer than 1091 individuals have been arrested by the Lagos Sector Command of the Federal Road Safety Corps (FRSC), over expired vehicle documents, tyres and speed limiting devices.

The Commander, Olusegun Ogungbemide said that the operation titled ‘Operation Show your Driver’s Licence’ had been ongoing, for the past seven days, in all the 12 commands and five outposts across the state.

He appealed to drivers to process their licenses, noting that the process was simple because government had made it easier to approach motor vehicle administration agencies in all the local governments.

“Alternatively, they could visit the FRSC Driver’s License Centre,” he said.

He cautioned drivers against patronising driver’s license outlet that would not capture their fingers and signatures to avoid being duped.

The official said that during the exercise, the offenders were charged to mobile courts for various offences with driver’s license offenders fined N10,000

He said that some offenders, who were fined N10,000 for driving without driver’s license, were charged with other traffic offences.

The commander advised drivers to ensure that their vehicles were road worthy at all times and also ensure their tyres were not under, or over inflated.

He also warned them against phone usage and the consumption of alcohol while driving.

The FRSC official advised drivers to always consider other road users while on the roads so as to curb accidents.