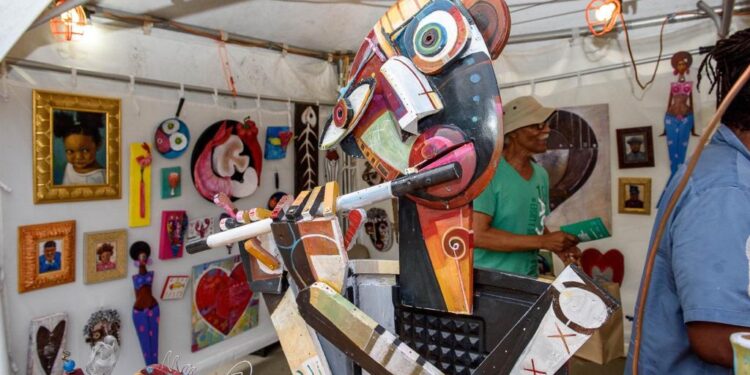 The Lagos State Government, Monday, has commenced training 450 youths on arts and crafts.
The training is scheduled to last for five weeks and would train the young entrepreneurs on using coconut residue to create art pieces.

Speaking on the development, the State’s Acting Commissioner for Agriculture, Ms. Abisola Olusanya, explained that the training was in line with the city’s ‘Waste to Wealth’ initiative.

She said that many Lagosians do not realise the lucrativeness of recycling the coconut residue. She noted that it was very useful in making artistic products such as jewellery, cutlery and many more

Olusanya explained that the training would hold in five batches of five days each, with 18 trainees per batch. It would begin from Monday, 13th July to Friday, 14th August, 2020.

According to her, the participants would be taught how to make various artistic items and practicals, marketing and credit acquisition.

She said that the government aims to further use the training to boost the tourism potential of the State, as the production of some of the artistic products from coconut shells would reflect the rich cultural heritage of the Lagosians.

She encouraged the general public to embrace the ‘Waste to Wealth’ initiative, as it posseses economic potentials and would reduce environmental pollution.