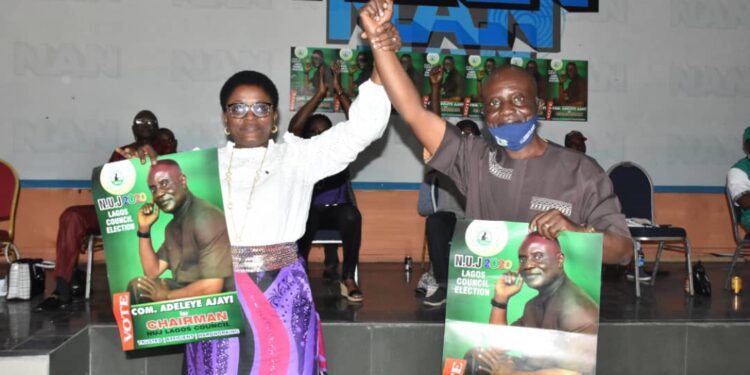 The Nigeria Union of Journalists (NUJ) Lagos council has on Thursday elected Mr. Leye Ajayi as its Chairman.

Ajayi, who is a journalist with NAN, got 370 votes defeating the incumbent Chainman, Quazim Akinreti who had 68 votes.

Tunde Olalere of Lagos State Ministry of Information emerged the Secretary of NUJ Lagos with 381 votes to defeat his opponent Raymond Tedu Jaiye who had 53 votes.

Innocent Anaba of Vanguard is now the Financial Secretary with 377 votes. He defeated Iyabo Wale Eri, who had 56 votes.

The Vice President of NUJ Zone B, Mr. Cosmos Oni announced the results. He charged all the elected officers to be diligent in the discharge of their duties.

Reacting to his new post, Leye Ajayi reassured members of his promises to bring about a new NUJ they would be proud of.