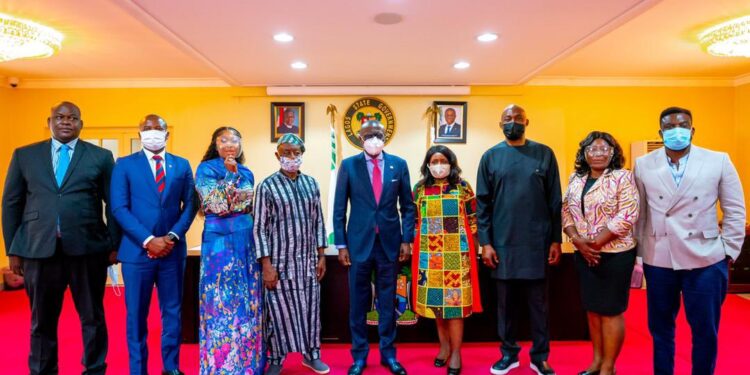 Governor Babajide Sanwo-Olu of Lagos on Thursday said his administration has set aside a N1 billion seed capital to boost the creativity and tourism sectors in the state.

The governor disclosed this at the inauguration of a 9-member committee on Film Production Empowerment for Lagos State at the Banquet Hall, Lagos House, Marina.

Mr. Sanwo-Olu explained that the scheme is to support the creative ideas of producers who are constrained by funds to bring their concepts to reality

‘‘It would further support creatives and further enhance the sector as a significant contributor to our state and national GDP.”

Nigeria is the second largest film producer in the world and Lagos is the centre of this huge creative enterprise.

Our administration will continue to invest to support the industry to create thousands of jobs and boost the economy. We trust members of the committee to deliver on their assignment with great commitment so the set objectives will be achieved’’ he noted.

He also added that the functions and modalities of the committee will be determined by the members because they have been given independence to determine the selection process and other operating models.

Since 2020, the state has paid more attention to the creative sector. The EbonyLife Creative Academy (ELCA) is one of the initiatives supported by the Lagos State Government through Lagos State Creative Industries Initiative (LACI), under the Ministry of Tourism, Arts and Culture.

As part of its strategy to fast-track the initiative, the state partnered with two creative firms, EbonyLife Media and Del-York Creative Academy, to enhance the skills and exposure of approximately 1,500 practitioners in the state’s creative industry.