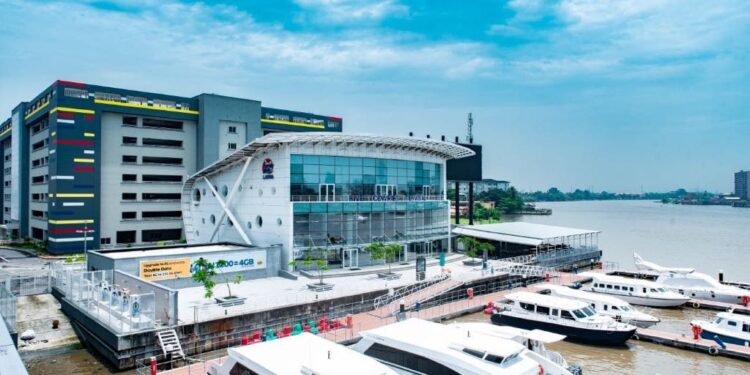 Lagos government reacts to reports of being barred by court from control of intra-inland waterways.

The Lagos State Government has refuted reports that the Federal High Court, Port Harcourt Division, has barred it and other states from controlling inland waterways.

The media reports claimed that the Court ruled that no state government in the country has the power or authority to legislate over inland waterways.

But a statement signed by the Director of Civil Litigation at the Lagos State Ministry of Justice, Hameed Oyenuga, described the reports as inaccurate.

“The attention of the Lagos State Government has been drawn to online reports dated 8th November 2022, in BUSINESSINSIDERNG and shipandports.com.ng titled: “COURT BARS LAGOS, OTHER STATES FROM CONTROL OF INLAND WATERWAYS” and “COURT BARS STATES FROM CONTROL OF INLAND WATERWAYS” respectively, where it was reported that, by a recent decision of the Federal High Court, Port Harcourt Division in Suit No: FHC/PH/CS/142/2022 between Bright Waters Energy Limited (Plaintiff) and the Attorney-General and Commissioner for Justice, River State, the Commissioner of Environment, Rivers State and Petroleum Financial Corporate (PFC) as (Defendants), no State Government in the country has the power or authority to legislate over inland waterways.

“The State Government is, therefore, compelled to write a response in the following manner because of the inaccuracies the report conveyed,’’ part of the statement said.

“In a judgment delivered on the 17th of July, 2017 the Court of Appeal, Lagos Division in CA/S/886/2014 BETWEEN LAGOS STATE WATERWAYS AUTHORITY & 3 OTHERS VS. THE INCORPORATED TRUSTEES OF ASSOCIATION OF BOAT OPERATORS & WATER TRANSPORTATION IN NIGERIA & 5 OTHERS. held that by the combined interpretation of Part 1 of the Second Schedule to the Constitution of the Federal Republic of Nigeria, 1999, especially items 29, 36 and 64 of the Exclusive Legislative List the waterways cutting across International and State boundaries are to be declared as such by the National Assembly but there is nothing in the Exclusive List dealing with inter-state waterways either in Lagos or any other State in the Federation.

“According to the Court of Appeal, item 64 deals with water from sources declared by the National Assembly to be sources affecting more than one State. The inland waterways within Lagos State are not and cannot by any stretch of interpretation be covered by any item on the Exclusive Legislative List under Part 1 to the Second Schedule of the Constitution.

“The Court of Appeal held that the absence of Lagos State intra-waterways in the Exclusive List and Concurrent List makes it automatically a Residuary Item that falls within the Legislative competence of the Lagos State House of Assembly.’’

Ongoing litigation: Dissatisfied with the above judgement of the Court of Appeal, the National Inland Waterways Authority appealed to the Supreme Court where the matter is now pending.

Rigging Of 2023 Polls Must Be Resisted – Saraki