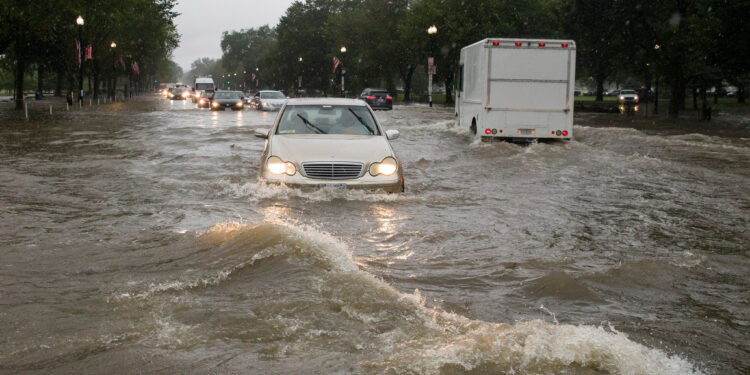 Residents and road users of Iyana-Oworo, Victoria Island, Ogba, and Ikorodu among others in Lagos state are in disarray as floods from heavy downpour disrupt movement, causing untold gridlock.

The residents have taken to Twitter to call on the government to the plight of the road users of Victoria Island, Lekki, Ogba, Ikorodu, Iyana-Oworo among others as heavy downpour persists from the early hours of Wednesday June 17 to Thursday 18 in the state.