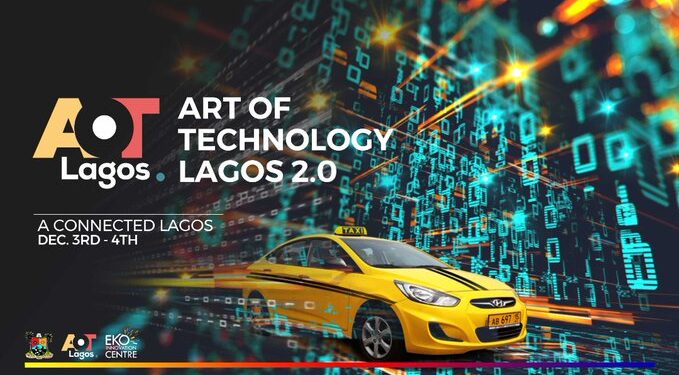 The Lagos State Government (LASG) through the Office of Innovation and Technology is set to kick-start the second edition of ‘Art of Technology Lagos 2.0’, curated by Eko Innovation Centre, from the 3rd to 4th December.

The two-day conference will be hosted both physically and virtually. Over 60 industry speakers, 50 investors and 35 experience centres are scheduled to attend.

There will also be an ideathon tagged Collaborate Lagos where innovative policies and tech driven solution aimed at achieving a SMARTER Lagos will be pitched by startups.

Prof. Yemi Osinbajo, Vice President of Nigeria will deliver the Presidential address on ‘Lagos, driving a Smarter and Efficient Nigeria’ while Dr. Isah Ali Pantami, Honourable Minister of Communication and Digital Economy will speak on ‘Nigeria in the eyes of the world: The data approach.’

According to the Curator of Art of Technology Lagos 1.0 and Founder of Eko Innovation Centre, Mr. Victor Afolabi, the two-day summit was building on the success of the maiden edition which held in 2019 and recorded over 2,000 participants in attendance. He noted that one of the key successes was the launch of the Lagos Innovation Masterplan which has continued to guide the Lagos state government in achieving its SMART City agenda.

In addition, the Governor announced a tech fund of N250 million to be managed by the Lagos State Science, Research and Innovation Council (LASRIC) headed by the Vice-Chancellor of the University of Lagos of which N100 million has already been disbursed.

The hybrid event will happen through online VR experience [www.aotlagos.com], however the physical ‘limited edition’ part will be hosted at Eko Hotel & Suites, Victoria Island, Lagos and attendance is strictly by invitation.