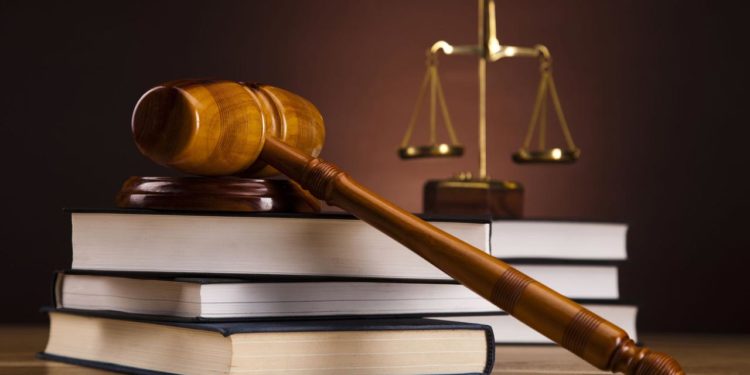 The Ikeja Sexual Offences and Domestic Violence Court, today, has sentenced a 28-year-old hairstylist, Mr. Tayo Bakare, to a 20 year jail term for kidnapping and raping a female student.

He is also to serve 20 years in prison for robbery, conspiracy and liberty deprivation.

The presiding judge, Justice Abiola Soladoye had declared Bakare guilty of four out of the eight-count charges of conspiracy, robbery, deprivation of liberty and rape levelled against him by the state.

Bakare had allegedly lured the student, in August 2017, to a hotel in the Ikotun area of the state by using her friend’s phone which he had earlier stolen and used to chat with the victim. The victim did not know at the time that she was talking to an impersonator posing as her friend.

Bakare also pretended to be a cultist, so he could scare the victim.
According to the state’s prosecution counsel, Mrs Arinola Momoh-Ayokanbi, “When she got to the hotel room, the convict came into the room and told her that her friend (Miss B) had set her up. He threatened her by saying that he was a member of the ‘badoo’ cult.

“The convict beat her, raped her and stole her belongings, which included two mobile phones, ATM cards and N2,000. He locked her in the hotel room and left. Miss A went to the bathroom and alerted a passer-by who helped her to escape,’’ the prosecutor had told the court.

According to Momoh-Ayokanbi, the convict had earlier lured, kidnapped and raped Miss B (the victim’s friend. Aftere, he stole her mobile phone to use to lure her friend.

During the trial, the prosecution called two witnesses while Bakare testified solely in his defence.
Bakare, in his testimony, denied raping the two friends. He claimed that he had consensual sex with them, further claiming that they were prostitutes.

Delivering the judgment, Justice Soladoye sentenced Bakare on four out of the eight-count charges. She said that this was because the other lady (Miss B) did not come to court to testify about how she was allegedly robbed, kidnapped and raped by Bakare.

She found Bakare guilty for the rape of the latter friend (Mrs A).
She sentenced him to serve 20 years in prison for conspiracy to commit robbery, robbery, deprivation of liberty and 20 years for rape. The sentences are also to run concurrently.