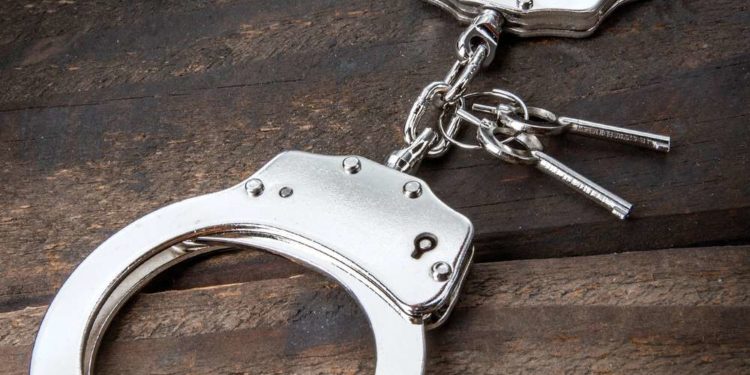 … Nobody was ready to sell to us on credit anymore

The decoy team of the Rapid Response Squad unit of the Lagos Police Command has nabbed two entertainers, Chinonso Michael and Chimelu Vitory, alongside five others for ordering a N450,000 in an online platform, Jiji.com, and comporting a fake bank alert.

The duo were said to have confessed that they were forced into robbery as a means to survive the hunger orchestrated by COVID-19 lockdown.

While Chinonso is a 25 years old Afro hip-hop singer, Chimelu is 22 years old pianist. They were arrested last Wednesday in company of five other suspects at their residence at 4, Modupe Young Thomas Estate, Ajah.

The duo had on April 10 this year ordered a-pay-on delivery an iPhone 11 Pro Max valued at N450,000 in an online platform, Jiji.com from their service charge apartment in Ajah.

The RRS noted via its Twitter account, @rrslagos767, said on receipt of the consignment from a delivery man, one Anifowoshe Itunu, Chimelu, the buyer generated a fake alert to the rider first. “Later, with the connivance of Chinonso, they escaped from the apartment after they had tied down the dispatch rider with a bottle of beer”.

According to the police, the suspects proceeded to selling the iPhone 11 Pro Max to a buyer in Ogba Ikeja at N350,000 transferred into Chinoso’s bank account.

Meanwhile, on sighting the police, the duo jumped off from the first floor of their apartment to the ground and into the streets. “Chinonso was said to have fractured his arm and bruised his chin when he landed on the ground floor. He then instantly took to the streets naked before he was arrested and taken to the hospital”.

Upon arrest, the artistes confessed that it was the third time they sold an iPhone 11 Pro Max during the COVID-19 lockdown, adding that two of the phones were carted online with stolen credit cards.

In their confessions, Chinonso and Chimelo, who are regular performers in some Lagos night clubs separately attributed their actions to COVID-19 lockdown, emphasising that during the lockdown there was nothing going on and they had nothing to eat for about two weeks.

Their words: “We were already owing all the store owners in the neighbourhood. Nobody was ready to sell to us on credit anymore. We had to device a means to survive the lock down.”

Chinonso, who just changed his stage name from Authority to Happy Boy explained that he joined Chimelu at his Ajah residence this March. He added that Chimelu was his music teacher in Aba, Abia state before he moved to Lagos.

Meanwhile, Chimelu, popularly called Apostle Swag, recently resigned as a keyboardist from a Lekki church to pursue his musical career. “I used to have regular shows in Lagos clubs before the Iockdown”, he whined.

Continuing, he told the police that the plan of a service charge apartment was to create the impression that they lived there in the mind of the dispatch rider, adding that besides from their musical careers, they also engage in internet fraud.

The suspects have been transferred to SARS for further investigations and prosecution.

Reacting to their arrest, the state Commissioner of Police, Hakeem Odumosu, maintained that the internet is a fertile ground for opportunities but that the State Command would not allow criminals use it as avenue to exploit legitimate business owners.