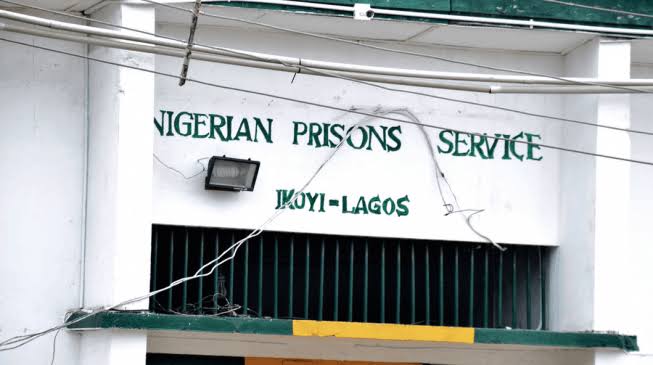 The Human Rights Committee of the Nigerian Bar Association (NBA), Lagos branch, in partnership with Megalectrics Limited (owners of Beat FM, Classic FM Naija FM and Lagos talks 93.1 FM) has embarked on a massive and strategic decongestion of the ikoyi Correctional Centre, Lagos.

The NBA said it is taking the forefront to promote human rights advocacy, with a focus on curbing and reducing incidents of human rights abuse in the country.

The NBA Lagos Vice-Chair, Abiye Tam-George, explained in a statement made available to THISDAY yesterday, that the NBA Lagos Wings of Freedom initiative will be delivered in three-phases, applying the NBA Lagos conceptualised A.R.S. Solution to human rights abuse.

She also disclosed that the initiative will be coordinated by Mr. Vaughan Churchill, the NBA Lagos Human Rights Sub-Committee chairman on Advocacy, Outreach and Sensitisation.

According to Tam-George, the part 1 scheduled to kick off on February 14, to February 17, 2022, will involve the “A’ Solution on Detainees at the Ikoyi Prisons otherwise tagged: Prisoners Audit Exercise, and will consist of a four-day visit to Ikoyi Correctional Centre by NBA Lagos, with a view to putting together a comprehensive data base on the different categories of persons imprisoned at the Ikoyi Prisons.

The NBA Lagos Human Rights Committee head stated that some key examples of these prisoners are “awaiting trial detainees, indigent inmates who cannot pay up their meagre fines for their petty crimes, and generally persons who are not meant to be detained but unjustly kept in prison for months going up to years, whose human and natural rights are under gross abuse.”

Explaining further the prison congestion and prisoners human rights protection and enforcement initiative, Tam-George noted that upon completion of the Prisoners Audit Exercise, the “R” Solution, part two will be activated aimed at securing the release and freedom of prisoners who should no longer be in prison; as well as exonerate the innocent found to have been wrongly convicted, as compiled on the comprehensive database.

She stated that such would be achieved through due court process and activated by the designated NBA Lagos Advocates of Freedom.

Part two, Tam-George explained, would commence from February 27 to March 31, 2022, with the possibility of an extension, if need be.

The committee leader also pointed out in the statement that there are cases of inmates who have spent so long in prison sometimes spanning up to five to seven years for no just reasons, only to gain their freedom eventually.

She added that “there were those wrongly convicted and imprisoned, but end up gaining their freedom further to a Supreme Court judgement for instance, after perhaps spending over 20 years in prison.

“These crops will require deep rehabilitation, comprising therapy and support to bringing them back to society in restoration of their rights to life.”

For this reason, Tam-George explained that part three of the NBA Lagos Wings of Freedom, is the ‘S’ Solution, which entails the provision of Support and Therapy sessions for persons released and set free under the Part 2 Exercise, in rebuilding their lives post-release.

In his remark, Founder of MegaLectrics, Chris Ubosi, said: “it is indeed a great delight on my part and that of my company to be a key player and partner in this laudable human-based project aimed at changing lives and setting people free from bondage. I have in the past been personally involved in assisting inmates at the Ikoyi Correctional Centre in my little way, particularly those awaiting trial. To be involved with the NBA Lagos on this large scale is a heavenly blessing for us for I have always wanted to do more.

“We share the NBA Lagos dream and objective, to massively decongest the Ikoyi Correctional Centre Prisons, and we are set to lend more than a hand in assisting the support needed to give people back their rights to life” Ubosi added.

Also, the statement noted that Therapist, and Life, Transitional and Transformational Coach, Tunji Babajide, had emphasised that post-release life coaching and therapy, addressing the gross mental health issues of prisoners was in fact crucial, “particularly for those who have spent so long in prison and are no longer in tune with life’s realities; and instead have a state of mind embedded in bitterness, hate, pain, revenge, regret, frustration, depression and the like.

“Lack of such care usually results in such released persons being a liability to society and they do often end up committing worse crimes, only to return to prison or become drug addicts.”

According to the Chairman NBA Lagos Human Rights Sub-Committee on Advocacy, Outreach and Sensitisation, Mr. Vaughan-Churchill, “the NBAL Wings of Freedom is part of the NBA Lagos in pursuit of innocence project, introduced in December 2021 to curb and tackle incidents of human rights abuse; resulting in, and/or in relations to, persons being wrongly and unjustly imprisoned or persons lingering in prison without due cause, by setting out to release and free these persons and also exonerate the wrongly convicted through due process and advocating reforms of the criminal justice system, with a view to preventing future injustice.”