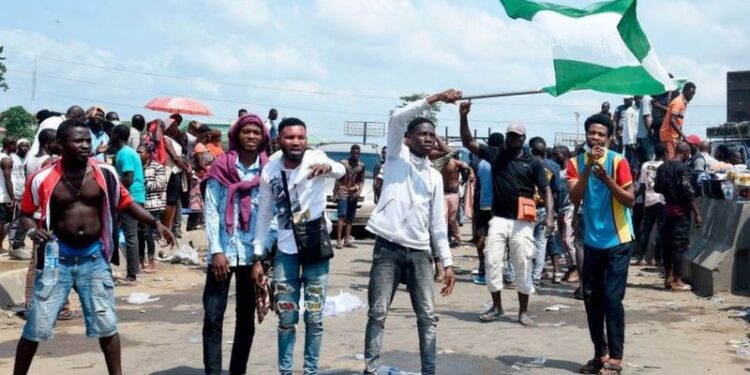 Buildings have been set aflame and there are reports of gunfire in Nigeria’s biggest city after demonstrators were shot at a protest.

Witnesses and the rights group Amnesty International said several people were killed and wounded when soldiers opened fire in Lagos on Tuesday.

Authorities have imposed an indefinite round-the-clock curfew on the city and elsewhere, but some defied the order.

Protests against a police unit have been taking place for two weeks.

Demonstrators have been using the social media hashtag #EndSars to rally crowds against the Special Anti-Robbery Squad (Sars).

President Muhammadu Buhari disbanded Sars on 11 October. But protests have continued, with demands for more changes in the security forces, as well as reforms to the way the country is run.

Police in different districts of Lagos fired shots in the air on Wednesday to disperse protesters defying the curfew, the BBC’s Nduka Orjinmo reports from the capital, Abuja.

Buildings were set alight across the city and police put up roadblocks. AFP news agency reports a major Nigerian TV station with links to a ruling party politician was on fire after people attacked with petrol bombs.

Authorities deny anybody was shot dead on Tuesday, saying that a number of people were wounded in the incident.

What happened in Lagos?

Witnesses spoke of uniformed men opening fire on around 1,000 demonstrators in the wealthy Lekki suburb on Tuesday.

An unnamed witness told BBC News that shortly before 19:00 local time (18:00 GMT) soldiers “pulled up… and they started firing directly” at peaceful protesters.

“They were firing and they were advancing straight at us. It was chaos. Somebody got hit straight beside me and he died on the spot,” he said.

In a tweet, Amnesty International Nigeria said it had “received credible but disturbing evidence of excessive use of force occasioning deaths of protesters at Lekki toll gate in Lagos”, and a spokesman said they were “working on verifying how many” people were killed.

Demonstrators defy the curfew in Lagos

This morning we drove over the Lekki-Ikoyi toll bridge, passing through gates that had been burned out the night before. Broken glass from a number of businesses was scattered on the floor, cash machines burned out.

Closer to Lekki, where there are a number of shopping centres, the streets were mainly empty. It’s a bustling area usually, but no cars were on the road, just young men on foot.

At the Lekki toll gate itself there were around 200 people, who crowded round us, wanting to tell their stories of the night before, angry but also determined to stand their ground. Pools of blood could be seen on the floor.

Protesters were waving flags that looked covered in blood – they told me that the Nigerian flag, usually green white green, turned green red green yesterday from all the killing. Many of them had been at the site of the shooting the night before and recounted horrifying stories of seeing other protesters shot before their eyes.

The calls for police reform have morphed into chants that President Buhari must go. Demonstrators say they are sick and tired of the status quo.

How have officials responded?

Lagos state governor Babajide Sanwo-Olu said about 25 people had been wounded, adding that authorities were investigating the death of one man by “blunt force trauma to the head”. It is unclear if he was a demonstrator.

On Wednesday he called for flags to be lowered at government buildings and an “immediate suspension” of all state activities over the next three days.

“There are no excuses for the unfortunate incident that took place last night, and as the Governor, I apologize for every action and inaction,” he tweeted.

Mr Sanwo-Olu told the BBC’s Newshour programme that the military had been present at the scene, despite public assurances that soldiers would not deploy until after the start of a curfew at 21:00.

“I think about seven o’clock or thereabouts there was a small unit of the military that went [to Lekki] and we heard that gunshots were fired,” he said.

On Twitter, the army has described media reports about the incident as “fake news”.

President Buhari did not directly refer to the shootings in a statement on Wednesday, but called on people to have patience as police reforms “gather pace”, and appealed for “understanding and calm”.

What’s been the international reaction?

Protests have taken place in the UK, South Africa and Kenya against police brutality in Nigeria, while officials around the world condemned Tuesday’s events.

EU foreign policy chief Josep Borrell said it was “alarming to learn that several people have been killed and injured during the ongoing protests”, adding it is “crucial” to bring those responsible to justice.

UN Secretary General Antonio Guterres called on police “to act at all times with maximum restraint while calling on protestors to demonstrate peacefully and to refrain from violence” his spokesman said on Wednesday.

Former US Secretary of State Hillary Clinton called on President Buhari and the army “to stop killing young #EndSARS protesters” in a tweet.

And former US Vice-President Joe Biden – who is standing against President Donald Trump in next month’s election – also urged authorities to end the “violent crackdown on protesters”. 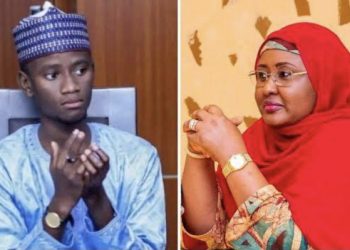