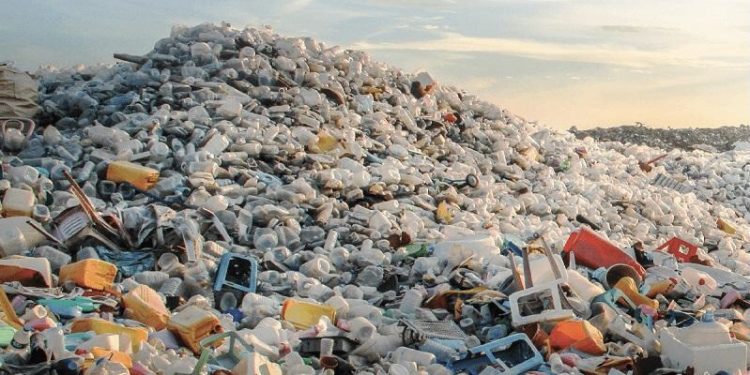 Plastic waste in Nigeria has been on the increase due to the increasing consumption of plastics by citizens across the country, the United Nations has said.

It disclosed this through the UN Industrial Development Organisation, stressing that the consumption of plastics in Nigeria jumped by 116.26 per cent within a period of 15 years to 1.25 million tonnes.

UNIDO Country Representative and Regional Director for West Africa, Jean Bakole, disclosed this at the inauguration of the steering committee for the project tagged, ‘Promoting Sustainable Plastics Value Chains Through Circular Economy Practices.’

In his speech, which was made available to our correspondent in Abuja on Sunday, Bakole said, “As the most populated nation with the largest GDP (Gross Domestic Product) on the African continent, Nigeria’s plastic waste problem is on the increase.

“This is based on its increased consumption from 578,000 tonnes of plastics in 2007 to about 1,250,000 tonnes. Therefore, the per capita plastic consumption has grown by five per cent annually from 4kg to 6.5kg. It is estimated that each citizen would consume about 7.5kg of plastics per year.”

He noted that over the years, the mismanagement of plastic waste was not only contaminating the land ecosystem, but was also being released into the marine environment, thereby polluting it and threatening biodiversity and negatively impacting the blue economy.

“According to the World Bank, plastic waste accounts for 12 per cent of the total amount of municipal solid wastes generated globally. However, only 14 per cent are collected for recycling while only nine per cent are recycled.”

To address the concern in Nigeria, the Minister of Environment, Mohammed Abdullahi, who inaugurated the committee said, “It is in response to these challenges that the Federal Ministry of Environment in collaboration with relevant stakeholders took steps to address the plastic issue holistically by adopting the circular economy model.

“In this wise, we have developed the national policies on solid waste and plastic waste management to promote environmental protection, resource and energy efficiency, circular economy practices and enhance the conservation of natural resources through sustainable production and consumption.”