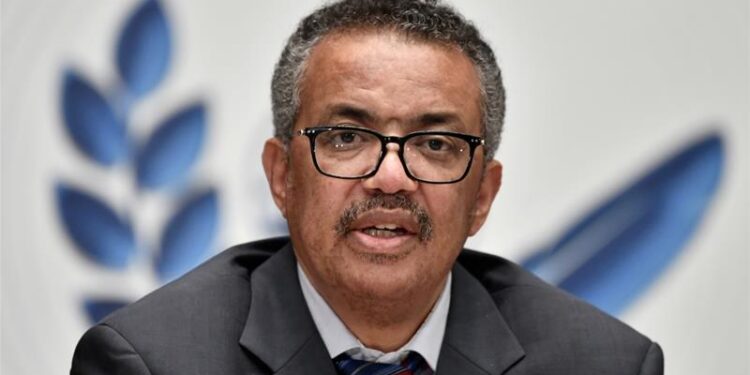 Officials exhort countries ‘do it all’ to curb the spread of COVID-19 as there might never be a lasting vaccine.

The World Health Organization (WHO) warned that there might never be a “silver bullet” for COVID-19, despite the “unprecedented” rush by nations across the world to find a vaccine.

“A number of vaccines are now in phase three clinical trials and we all hope to have a number of effective vaccines that can help prevent people from infection,” WHO Director-General Tedros Adhanom Ghebreyesus said on Monday, adding that the international scramble for a vaccine was also “unprecedented”.

“However, there’s no silver bullet at the moment – and there might never be,” he said, underscoring uncertainties.

“There are concerns that we may not have a vaccine that may work, or its protection could be for just a few months, not more. But until we finish the clinical trials, we will not know.”

Speaking from the United Nations body’s headquarters in Geneva, the WHO head exhorted governments and citizens to rigorously enforce health measures such as mask-wearing, social distancing, handwashing and testing.

“The message to people and governments is clear: ‘Do it all’,” Ghebreyesus said of the novel coronavirus, which has killed more than 690,000 people and infected at least 18 million.

Ghebreyesus added that face masks should become a symbol of solidarity around the world.

WHO emergencies head Mike Ryan said countries with high transmission rates, including Brazil and India, needed to brace for a big battle: “The way out is long and requires a sustained commitment,” he said, calling for a “reset” of approaches in some places.

“Some countries are really going to have to take a step back now and really take a look at how they are addressing the pandemic within their national borders,” he added.

The WHO officials said an advance investigation team had concluded its China mission and laid out the groundwork for further efforts to identify the origins of the virus.

That study is one of the demands made by WHO’s top donor, the United States, which plans to leave the body next year, accusing it of being too acquiescent to China.

The WHO began pressing China in early May to invite in its experts to help investigate the animal origins of COVID-19.

The UN health agency sent an epidemiologist and an animal health specialist to Beijing on July 10 to prepare for a probe aimed at identifying how the virus entered the human species.

“The WHO advance team that travelled to China has now concluded their mission to lay the groundwork for further joint efforts to identify the virus origins,” he said. “WHO and Chinese experts have drafted the terms of reference for the studies and programme of work for an international team, led by WHO.”