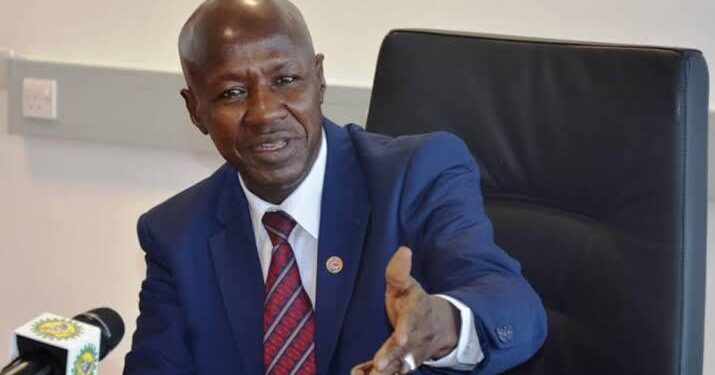 Operatives of the Nigeria Police Force, Tuesday, combed the Abuja home of the suspended the Acting Chairman, Economic and Financial Crimes Commission (EFCC), Ibrahim Magu and seized some documents.

The security agents were said to have arrived at Magu’s home on Abduljalil Street, Karu Site, on the outskirts of Abuja, and carried out a vigorous search of the apartment. They reportedly went away with vital documents found in the apartment.

Following his suspension, Magu is being investigated over allegations of corruption preferred against him by the Attorney General and Minister of Justice, Abubakar Malami.

He was suspended by the presidency to allow him face the probe panel investigating the allegations of corruption.

The suspended EFCC boss was returned to police custody at 8:30pm on Tuesday after he was earlier detained on Monday.