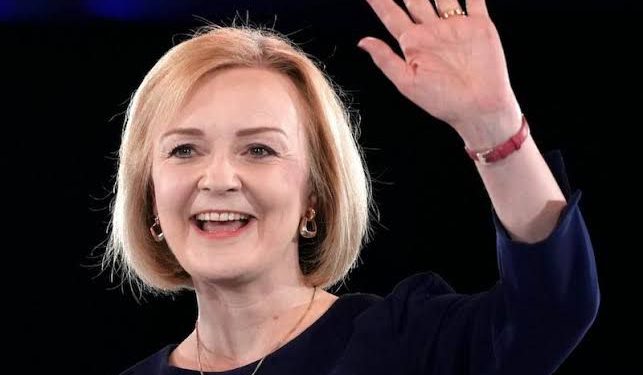 The United Kingdom on Thursday confirmed plans to subsidize energy bills for households and businesses, joining other European governments in a costly race to protect their economies from freezing up this winter as Russia cuts off supplies of gas.

The UK plan could cost as much as £150 billion ($172 billion), analysts said. Add that to recent similar announcements by Germany, Austria and other EU governments, and the region’s bill for drawing the sting of rising prices is already more than €500 billion ($500 billion).

Starting in October, the typical UK household will pay no more than £2,500 ($2,880) for their energy for the next two years. The government will also support businesses, charities and public sector organizations with their energy costs for the next six months, and possibly longer.
“Because the program does not specifically target the most needy but is rather broad-based, it will be relatively expensive,” said Salomon Fiedler, an analyst at Berenberg bank.

“The support package for households may cost around £100 billion (over 4% of UK GDP). Further measures for businesses may take the total price tag to around £150 billion,” he added.

Britons desperately need the support. Already, the average annual household energy bill has increased by 54% this year to £1,971 ($2,263). Without the new plan to cap prices, bills would have soared above £3,500 in October, and even higher earlier next year. Businesses were facing even greater increases and many had warned they would not survive the winter.

“The price of inaction would have been far greater than the cost of this intervention,” finance minister Kwasi Kwarteng said in a statement. He is due to reveal the cost later this month.

Announcing the measures in parliament, UK Prime Minister Liz Truss again ruled out imposing a new “windfall tax” on the bumper profits of energy companies to pay for the measures. Instead, her government will likely have to increase government borrowing to subsidize bills.
That plan could spook investors already concerned that the country’s finances are on an unsustainable path. Heavy borrowing could convince investors to dump the pound, which has already dropped to its lowest level in 37 years, further driving up prices.

A $500 billion intervention
Bruegel, a think tank based in Brussels, said last month that the European Union and United Kingdom had already committed €280 billion ($280 billion) to protect consumers from eye-watering energy prices.

The analysis included spending commitments made between September 2021 — when global energy prices started to rise — and July this year. They include measures taken to help with other cost-of-living pressures.
But the bulk of the support has come since late February, when Russian President Vladimir Putin ordered the invasion of Ukraine, sending natural gas and oil prices soaring, Giovanni Sgaravatti, a research analyst at Bruegel told CNN Business.

On Sunday, the German government announced a €65 billion ($65 billion) package to help households and businesses meet their energy costs. Austria announced Wednesday that it would freeze electricity prices from December until June 2024. Reuters reported that the plan would cost up to €4 billion ($4 billion)

Added together, Europe and the United Kingdom have so far promised to spend more than €500 billion ($500 billion) to subsidize bills.
But governments know that more needs to be done as its energy standoff with Russia heats up.

On Friday, EU energy ministers will hold an emergency meeting. On the table will be a price cap on Russian natural gas, breaking the link between the price of gas and electricity, and a mandatory target for countries to use less power, in addition to other measures.
“We must cut Russia’s revenues, which Putin uses to finance this atrocious war against Ukraine,” EU Commission President Ursula von der Leyen told reporters on Wednesday.