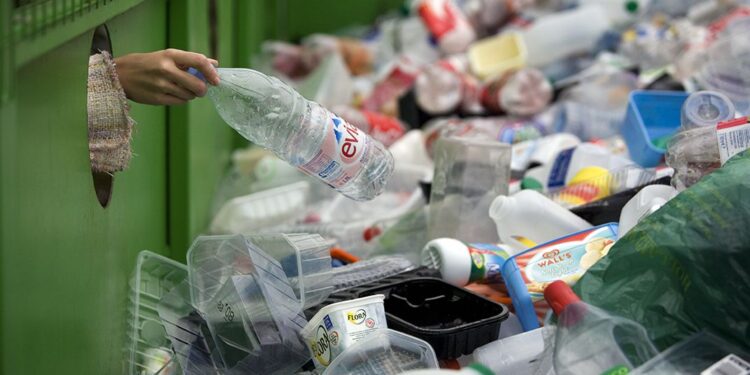 The Apapa Port environs have lately been characterised by heaps of refuse in every available space. Known to be the nation’s economic gateway for cargoes, it is gradually being taken over by stench that is detrimental to the health of both traders and commuters in the vicinity.

The total collapse of the road and heaps of refuse have become more worrisome for port users as it is affecting port operations with negative effects on the nation’s economy, with free movement of people and articulated vehicles in and out of the port hampered due to bad roads.

The heavy downpour in the last few days have compounded the trauma trailer drivers, commuters and business owners face. From Sunrise Bus-stop to Coconut axis through Mile II access way to the Apapa and Tin Can Island ports have been taken over by refuse.

It was gathered that the Lagos Waste Management Authority ( LAWMA), can no longer get access to some of the roads due to the gridlock around the port environment.

However traders in the axis have lamented the inability of government to take care of the environment which is its second highest revenue earner for the state.

At the Berger Auto Market, sellers say, they used to sell over 50 cars in a day but can hardly sell 3 cars per day due to the refuse dumpsites which has affected access for customers.

They have also groan the heavy traffic situation which has compounded the refuse heaps and further halted activities in the area or making it difficult to do business. Even as the market is known to be the biggest in West Africa.

The road workers also lamented that the heaps of refuse is affecting the construction of the road as there is no way to evacuate the refuse and rubbles.

While the General Manager, Corporate and Strategic Communications, NPA, Jatto Adams, in his reaction says the refuse is not within the port environment, it is the responsibility of the Local Government to care of it, not the NPA.