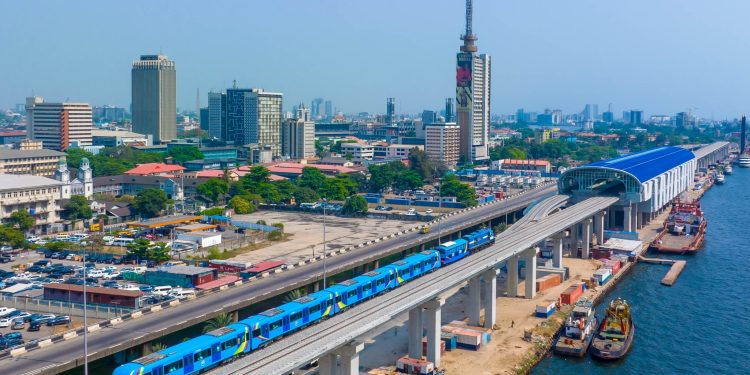 Governor Babajide Sanwo-Olu of Lagos State on Wednesday inaugurated the first phase of the Lagos Rail Mass Transit (LRMT) Blue Line (Marina to Mile 2), at the National Theatre Blue Line Station in the Iganmu area of the state.

Sanwo-Olu was at the event with his cabinet members including his deputy, Obafemi Hamzat.

Earlier, the Lagos Metropolitan Area Transport Authority (LAMATA) said the commencement of passenger operations is slated for the first quarter of 2023, saying the Blue Line is one of the six rail lines and monorail prescribed for Lagos in the state’s Strategic Transport Master Plan (STMP).

The Blue Line is a 27-kilometer rail system from Marina to Okokomaiko. Construction. It has been divided into phases for ease of implementation and is expected to move more than 500,000 passengers when the entire line is completed.