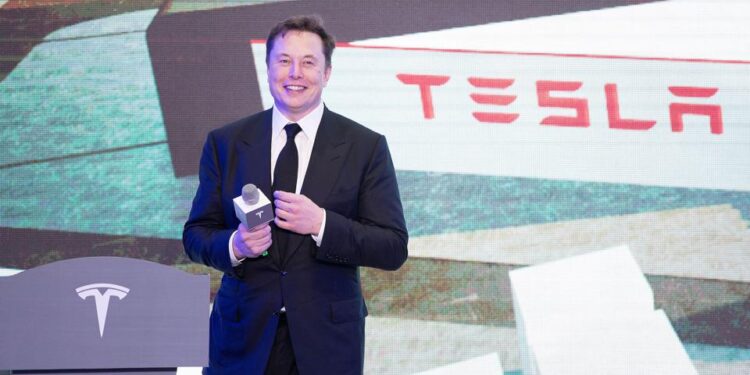 Tesla may be the new kid on the block in the auto industry, but it’s quickly become a big kid on Wall Street.

The electric car maker’s shares continued to climb more than 4% on Tuesday, increasing its total market value above $500 billion for the first time. Tesla’s market cap rose to more than $520 billion Tuesday afternoon.

The milestone comes on the heels of a banner year for Tesla’s stock. The company’s share price has grown 550% since the start of the year — trading at $549 midday Tuesday, up from $86 in January.

The surging stock value also boosted Tesla CEO Elon Musk’s net worth to $127.9 billion on Tuesday, according to the Bloomberg Billionaires index. That leaves him essentially tied with Microsoft (MSFT) co-founder Bill Gates as the world’s second-richest person.

In October Tesla reported its largest quarterly profit to date, posting net income of $874 million excluding special items, up 156% from the same period in the prior year. It marked the company’s fifth consecutive quarter of growth. And Tesla said it still hopes to hit its target of selling half a million cars this year.

The strong growth comes despite disruptions — both for Tesla and the larger auto industry — brought on by the coronavirus pandemic.

Tesla earlier this year had to temporarily close its Fremont, California, factory to comply with pandemic shutdown orders (a requirement about which Musk made his discontent clear). But the company said in October that the recently upgraded facility now has the capacity to build 500,000 Model Y and Model 3 sedans a year, in addition to 90,000 of its more expensive Model S and Model X vehicles.

Last week, the S&P Global announced that Tesla will be added to the S&P 500 next month, which investors took as a positive sign for future growth. The company’s shares rose 10% on the news.

The International Energy Agency has called on Russia to supply more natural gas to Europe to help alleviate soaring energy...

Shots were fired at the car of a top aide to Ukrainian President Volodymyr Zelensky outside Kiev on Wednesday morning,...