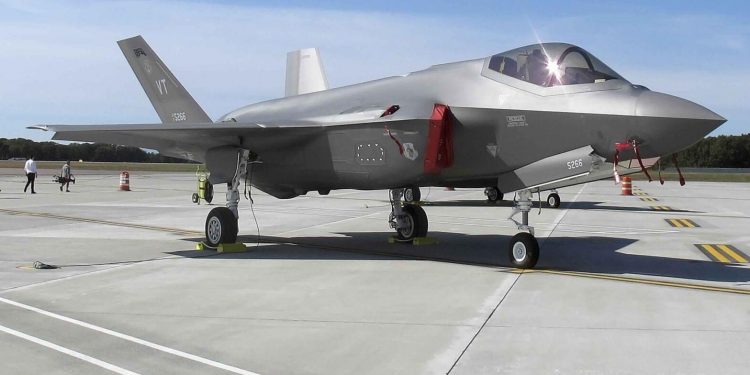 “The UAE has informed the US that it will suspend discussions to acquire the F-35,” an Emirati official told CNN. “Technical requirements, sovereign operational restrictions, and cost/benefit analysis led to the re-assessment.”
“The UAE and US were working toward an understanding that would address mutual defense security conditions for the acquisition,” the official added. “The US remains the UAE’s preferred provider for advanced defense requirements and discussions for the F-35 may be re-opened in the future.”
The US State Department said the White House remained “committed” to the deal, which was seen as a cornerstone of an August 2020 agreement to normalize diplomatic relations between the UAE and Israel. The sale — which would involve the most advanced US weaponry ever transferred to an Arab state — has been on a collision course since then, with US politicians raising concerns about the deal.
On Tuesday, Pentagon press secretary John Kirby also said that the US was willing to work with the UAE to address both countries’ concerns. “The US partnership with the UAE is more strategic and more complex than any one weapons sale,” Kirby said at a press gaggle. “We will always insist, as a matter of statutory requirements and policy, on a variety of end-user requirements. That’s typical.”
“And these end-user requirements and protection of US defense equipment are universal, nonnegotiable and not specific to the UAE,” he added.

The suspension of the landmark deal comes a day after Israeli Prime Minister Naftali Bennett met the UAE’s de facto leader, Abu Dhabi Crown Prince Mohammed bin Zayed, in the UAE capital. It was the first offical visit was the first by an Israeli leader to the Gulf state.
“As we recently confirmed at the Dubai Air Show, the Biden-Harris Administration remains committed to the proposed sales of F-35 aircraft, the MQ-9B, and munitions even as we continue consultations to ensure that we have a clear, mutual understanding of Emirati obligations and actions before, during and after delivery,” a State Department spokesperson said.
The US government has repeatedly pushed the UAE to drop China’s Huawei Technologies Co. from its telecommunications network, and claimed that the technology could pose a security risk for its weapons systems.
“The F-35 is our crown jewel of the United States, of our air force and so we need to be able to protect the technology security for all of our partners,” US Deputy Assistant Secretary of State for Regional Security Mira Resnick told CNN’s Becky Anderson last week, responding to a question about whether the UAE would have to choose between Huawei and the F-35s.
“These are the conversations we have with the Emiratis about the choices they can make now to be sure they can be part of the F-35 program,” Resnick added.
But UAE officials have been skeptical about US claims about the potential security breach and have expressed anxiety about getting caught up in a “new cold war” between a top trading partner and its main strategic ally. “What we are worried about is this fine line between acute competition (between China and the US) and a new Cold War,” Anwar Gargash, diplomatic adviser to the UAE leadership, said in remarks to the Arab Gulf States Institute in Washington last week. “Because I think we, as a small state, will be affected negatively by this, but will not have the ability in any way to affect this competition even positively really.”
In those remarks, Gargash also confirmed reports that the UAE had shuttered a Chinese facility over US suspicions that it was being used for military purposes, despite the UAE disagreeing with the US’ characterization of the site. “The UAE’s view was that these certain facilities in no way could be construed as military facilities,” said Gargash. “However, US had its concerns and we took these American concerns into consideration and stopped the work on these facilities.”
“But our position remains the same. That these facilities were not really military facilities,” he added. “But then again, you had the concerns of your major ally, and I think it would be foolish for you not to address the concerns of your ally.”
A military delegation from the UAE is scheduled to visit the Pentagon tomorrow, according to Kirby, the Pentagon press secretary. Though the meeting wasn’t supposed to be about the sale of F-35s, it will almost certainly come up, he said.
“The meeting wasn’t designed to talk about a military sale,” he said. “It was designed talk about the broad scope of our defense relationship with the UAE. But I would anticipate that this would be something that we would take advantage of the opportunity to talk with them about their concerns, as well as sharing our concerns about the sale.”