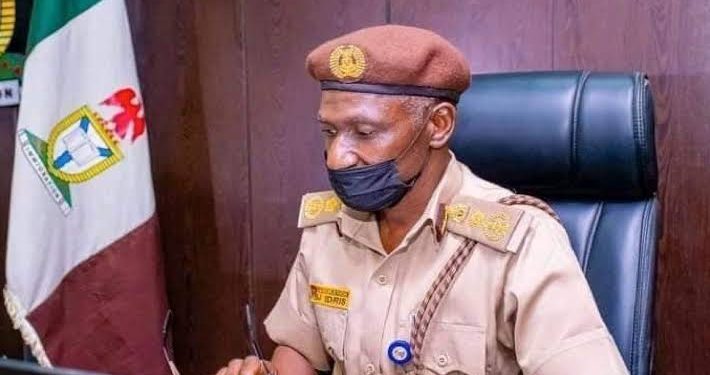 The acting Comptroller General of Immigration, Isah Idris, has discovered a high prevalence of touts and hike in passport fees at Lagos Passport Offices during a sting operation he personally led.

A statement yesterday by the spokesman of the Nigeria Immigration Service, Amos Okpu, said the Idris paid an unscheduled visit to the Alausa and Ikoyi Passport Offices in Lagos as part of sting operations to assess the quality of service delivery to members of the public at the Centres.

The statement stated that the acting CG arrived the Alausa Passport Office Ikeja, at about 11:00 hours and presented himself as a potential passport applicant. He moved round the premises unnoticed and was even attended to by some personnel.

According to the statement, he also met with some touts within and around the premises, who made entreaties to assist him to procure passport.

It noted that both the touts and some of the personnel, who offered to assist him gave exorbitant fees far beyond the official rates, with the acting CGI playing along with them and indeed some affirmed their readiness to assist him procure the passport within reasonable time provided he met their charges.

Okpu’s statement said determined to have a good understanding of the extent of touting in the area, the acting CGI opted to follow one of the touts to her Business Centre located not far away from the passport office, and while there, the tout produced all manner of forms and requested the acting CGI to complete same so that the process could begin.

The acting CGI, however, chose to see the process through by completing some of the forms and was thereafter asked to transfer the sum for the charges given him to an account number supplied by the tout if he could not make cash payment.

Satisfied with his findings at the Alausa Office, Idris proceeded to the Ikoyi Passport Centre, where the same experience played out. He afterwards left the premises unnoticed and proceeded to the Office of the Lagos State Command Comptroller on Alagbon Close, Ikoyi.

Speaking there, the acting CGI noted that the visit was very insightful, stating, “It has enabled me to assess the quality of service delivery at the centres especially, against the backdrop of some public complaints about poor service delivery in some passport office locations.

“We shall use this experience to deepen our reforms very urgently. I have seen some gaps that must be quickly addressed. I think that the passport appointment system we are about to introduce will take care of some of the gaps while a huge emphasis on consequence management shall be vigorously pursued.”

He said none of the personnel found to have acted below expectation during the visit shall go unpunished, assuring that appropriate sanctions shall be applied.