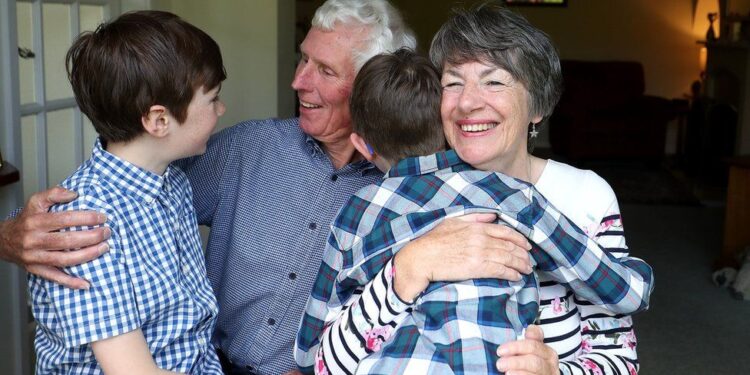 People must continue to play their part in stopping coronavirus, Boris Johnson has said, as lockdown rules ease in England, Wales and most of Scotland.

Millions can now socialise indoors in limited numbers, hug loved ones and visit pubs and restaurants inside.

The ban on foreign travel has also been lifted and replaced with new rules.

Mr Johnson said: “We have reached another milestone in our road map out of lockdown, but we must take this next step with a heavy dose of caution.”

The rule changes come as the variant first identified in India continues to spread in the UK, with mass testing rolled out to hotspots including Bolton in Greater Manchester and parts of London and Sefton.

Sir Jeremy Farrar, a member of the government’s independent scientific advisory group Sage, said the lifting of the rules was the “most difficult policy decision of the last 15 months or so. It is very, very finely balanced”.

He told BBC Radio 4’s Today programme the variant, which is thought to be more transmissible, “is becoming dominant in parts of the UK, and yet vaccination across the country has been extraordinary successful”.

While lockdowns are easing across England, Scotland and Wales, the changes are different in each nation. Two areas of Scotland – Glasgow and Moray – will not have their rules eased after a spike in cases.

Scotland’s First Minister Nicola Sturgeon tweeted: “This is a long awaited moment but remember that the virus still poses a big threat, so please continue to be cautious & very careful.”

Scientists believe the Indian variant does spread more easily, but early data suggests vaccines still work. However, the exact impact on vaccine efficacy – if any – is still to be firmed up.

At the weekend, the British Medical Association – which represents doctors – said it was a “real worry” that the easing was still going ahead while the Indian variant was spreading and many younger people were not vaccinated.

Mr Johnson said the government was keeping the variant “under close observation” and “taking swift action where infection rates are rising”.

Business Secretary Kwasi Kwarteng told the Today programme he was “very confident” the government would be able to lift England’s remaining restrictions on 21 June “but can’t guarantee that”.

He said: “There is flexibility here because we have another five weeks till the reopening and we will be revisiting the data.

“There will be different data – the variant will spread, perhaps, in different ways, we will have more information about the efficacy of the vaccine rollout, and then… a week before the 21st, we will take the decision.”

This isn’t “a throw open the doors” moment and we won’t see a photo-op of the prime minister enjoying an indoor pizza or pint today. Ministers want people to enjoy themselves, but to do it sensibly.

Boris Johnson has always said that the road map out of the lockdown in England is irreversible but in a video on social media this morning he says it’s only irreversible if “we all follow rules” – an added note of caution.

And there’s a difference in tone between ministers when they talk about the next step in England, due on 21 June.

The PM says the Indian variant might make it “more difficult” but the business secretary says he’s “hopeful” and “confident” that it’ll happen.

There are also growing tensions between national authorities and areas with higher rates of the Indian variant over vaccines. The mayor of London is the latest local leader to ask for permission to start jabbing younger people and some places are doing it anyway.

In a statement issued on Sunday evening on the lifting of the rules in England, the prime minister said: “Everyone must play their part by getting tested twice a week, coming forward for your vaccine when called, and remembering hands, face, space and fresh air.

“I urge everyone to be cautious and take responsibility when enjoying new freedoms today in order to keep the virus at bay.”

Anyone in England and Scotland can order free lateral flow tests – which give results in 30 minutes – even if they do not have symptoms. In Wales and Northern Ireland, they are available for certain people, such as those who cannot work from home.

How have the rules changed?

Scotland (except Glasgow and Moray):

And in all three nations, foreign holidays are allowed.

Northern Ireland will review lockdown rules on 20 May, with the hope that some could be lifted on 24 May.

Ministers and senior advisers are concerned due to continued uncertainty about the Indian variant, including how much faster it spreads than the UK variant.

The impact on hospital numbers in communities most affected by the variant will be studied closely this week and next.

Officials were preparing anyway to monitor the consequences of today’s easing of restrictions, the biggest step so far – with people mixing more and case numbers likely to rise.

Preliminary laboratory data from Oxford University suggest, according to ministers, that vaccines will be effective against the Indian variant – but they stress that there’s a race to keep the vaccination programme ahead of the virus.

Within the next few days, a first dose will be offered to all those aged 35 and over in England.

The latest government figures show a further 1,926 Covid cases have been recorded in the UK, while a further four people have died.

The number of people in the UK who have received a first dose of the vaccine has now topped 36.5 million, while the number of second doses given is at 20.1 million.

Also from Monday, people travelling abroad will be able to use the NHS app – which is different to the NHS Covid-19 app – to prove they have had the vaccine.

Transport Secretary Grant Shapps previously said people will be able to use the app at border controls, although the government says people should still check countries’ entry requirements as tests or quarantine might still be needed.

Speaking to the BBC on Sunday, Health Secretary Matt Hancock defended the easing of lockdown rules on Monday, and said the government’s strategy was to “replace the restrictions with vaccination” as the first line of defence against the virus.