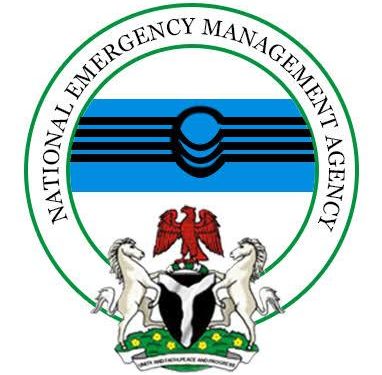 After four months of trauma and loss from the disastrous gas explosion that ripped the lives and properties of residents of Abule-Ado and its environs in Amuwo-Odofin area of Lagos, the Federal Government has distributed food and other essentials to over 300 victims of the March 15 gas explosion.

The assorted relief material exercise, which held at the Bethlehem Girl’s College Abule-Ado led by the National Emergency Management Agency (NEMA) in three large trucks, was the FG’s way of commiserating with the affected population and the state government over the unfortunate incident that snatched several lives and properties worth millions.

The Director General NEMA, Muhammadu A. Muhammed said: “On behalf of the Federal Government of Nigeria, I commiserate with the government and good people of Lagos State over the unfortunate incident of pipeline explosion\fire that caused loss of lives and properties again. May the souls of lost lives rest in peace.”

Relaying the message of the President, Muhammadu Buhari to the affected persons over the losses, pains and trauma caused, he appreciated the perseverance, patient and endurance since the occurrence of the incident.

“Today’s event is in continuation of the FG promises to provide succor to the people affected after the Minister Humanitarian Affairs, Disaster Management and Social Development, Sadiyah Umar Farouq, visited the scene and commiserated with the people and the state government,” he added.

Following the instruction of the minister, the NEMA DG said an assessment by staff of NEMA was conducted to determine the extent of damages, this assessment includes enumeration on persons and properties caused by the disaster.

Consequently, the president approved and directed door-to-door direct distribution of the items being distributed today.

Now, while residents and victims of the blast had already given up hope on succor from the federal government over their countless losses, little did they know that Sunday June 14 would smile on them.

One of the direct victims of the blast, Damilola Ayorinde, who suffered eye condition and skin deformity from the incident, narrated to LagosToday her ordeal.

She recalled: “My mum, my daughter and I were in the house when the explosion happened. After those things fell on me and glasses shattered into my eyes, I was rushed to Navy Town Hospital then transferred to LUTH that same Sunday for eye surgery (she removed her dark shades to show her multiple scarred eyes).”

Despite the many glaring scars that punctuated her skin, Damilola is grateful for life. “I’m happy to be alive. So many people died that day. My people were the only support I had when in all this,” she expressed.

She, however, commended the FG. “This food and other items today will help so many people, not just me. Thank you, Mr. President for these items today. I am grateful.”

Now, the Bale of Shoba Town, Chief Jimoh Raheem Agbebeji, was all thankful to the Federal government. “I am very happy about this improvement. We have been expecting this since. But I know because of this Coronavirus all these would have been with us before now. We thank God and the FG for these materials and foods”.

Meanwhile, the NEMA boss applauded the state governor, Babajide Sanwo-Olu, for the enormous support given to the staff of NEMA all the time.

He, however, appealed to beneficiaries of the relief materials to make judicious use of what was provided by the FG.

And while the queue kept building and overflowing its brims, many recipients embraced their packages jealously and gleefully.

Mrs. Sophia Izuwa-Ibukwesili, was one of such. She is a new resident in the area, who got married the same week of the black Sunday.

“When that blast happened, I was in church. I rushed home to see if my home was affected. When I saw it I felt like God didn’t like me. I asked myself why my hubby and I went there to rent a house, why did we even pay rent? Who would repair our house and with which money? Many questions like that caused riot in my head”.

“It wasn’t easy starting my life that way. But today, I thank God for this. You don’t know how happy I feel”, she enthused with obvious excitement as she fenced her items.