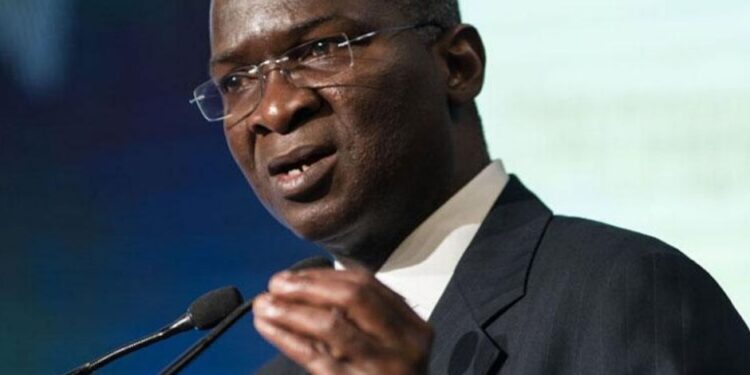 The Federal Government has, Tuesday, assured Lagosians that the Third Mainland Bridge is structurally safe for use, explaining the impending maintenance repairs is routinary.

According to the Federal Controller of Works in Lagos, Olukayode Popoola, Messrs Borini and Company Limited, an Italian firm which constructed the bridge in 1990, would handle the repairs.

He explained that the ministry always carried out an investigation of bridges, bi-annualy, countrywide, to ensure that they are in perfect condition and to avert failures. He also assured the motoring public of prompt delivery of the project with their cooperation.

He said, “The structural stability of the bridge is okay but we are carrying out maintenance works on it. We inspect all the bridges nationwide twice a year. It was as a result of the inspection that we realized the need to change the bearings. It is not that there was any structural failure on the bridge”.

He also noted that the bridge’s rehabilitation had become reoccurring, explaining that the repairs were delayed to allow the contractors to get the bearings, which are manufactured abroad.

According to him, the rehabilitation work will involve changing the bearings and the expansion joints because investigation carried out last year when the bridge was initially closed for three days revealed the need to so do.

Popoola explained that contrary to details in the news, only the outward mainland section of the 11.8km bridge would be closed to traffic during the first phase of the job, which will take about three months to be completed before works will shift to other section for additional three months.

The bridge is scheduled to be closed on Friday, July 24, 2002. Popoola advised motorists to comply with security agencies and the firm to ensure the free flow of traffic during work time.

Meanwhile, the Lagos State government has threatened to clamp down on non-serviceable articulated vehicles that ply alternative routes which the government has provided as a result of the bridge maintenance.

Special Adviser to the governor on Works, Aramide Adeyoye, who announced the alternative routes and how motorists would ply the Third Mainland Bridge while being repaired for six months, said all rickety and unserviceable articulated vehicles should stay off Lagos roads.

Speaking at a press conference yesterday, Adeyoye, pleaded with residents to cooperate with traffic managers to ensure free vehicular movement.

Earlier, the Commissioner for Transport, Frederic Oladeinde said the bridge would be partially closed, with the diversion of traffic.
He explained that the first three months, which would be for the repairs of the Oworonshoki lane, vehicles heading to Lagos Island from the mainland would ply the Third Mainland Bridge between 12 midnight and 1 pm only on the Lagos Island-bound lane, while in the afternoon, vehicles heading to the mainland from Lagos Island would only ply the bridge between 1 pm and 12 midnight, on the Lagos Island-bound lane.