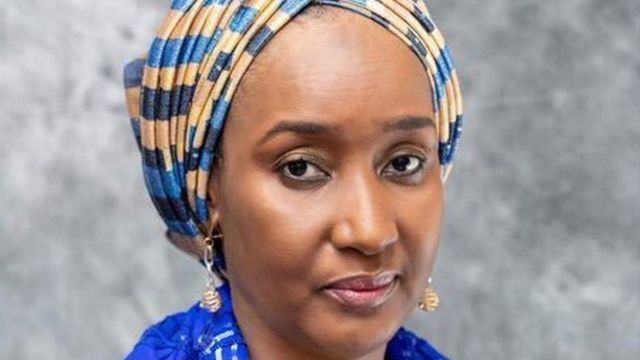 The Presidency on Wednesday described the calls from some quarters for the resignation of the Minister of Humanitarian Affairs, Disaster Management and Social Development, Hajiya Sadiya Umar Farouq, as inappropriate.

A presidential spokesman, Garba Shehu, said this in a statement titled ‘Devastating Bayelsa and Other States’ flooding Worrisome to Presidency, No Time for Reproach’.

Members of the House of Representatives from Niger Delta had on Monday urged the minister to resign following her recent claims that Bayelsa was not among 10 most flood-hit states and that Jigawa was the state worst hit by flood this year.

Shehu yesterday described the scenes of flooding from Bayelsa State as “deeply saddening”, saying the Presidency’s thoughts were with victims and those affected by the flood.

He said the Federal Government was concerned about what had happened in Bayelsa as it was with respect to the other states.

“No life lost is bigger or lesser than that of the others.”

Shehu said this was not a time for public reproach as it would only weaken our collective response to the tragedy, and hinder cooperation that saved lives and delivered emergency aid.

He said the federal government would continue to do more for Bayelsa and for all states so affected as more and more resources were made available to agencies dealing.