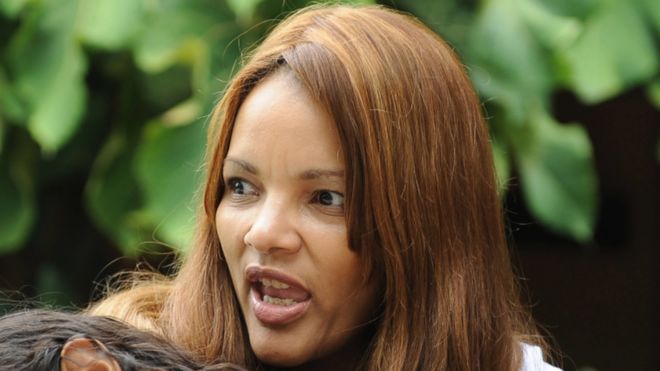 A Brazilian congresswoman has been accused of orchestrating the murder of her pastor husband, after multiple botched attempts.

But prosecutors say they have unearthed a murder plot, implicating Ms de Souza and several of her children.

Ms de Souza, a celebrity lawmaker for Rio de Janeiro who found fame as a gospel singer before entering politics, has dismissed the allegations, insisting she is innocent.

On Monday, prosecutors announced charges against Ms de Souza and 10 others, including six of her children and one granddaughter. Arrest warrants were issued against nine of the accused.

Police could not arrest Ms de Souza, known as Flordelis to her fans, because her status as an elected lawmaker affords her parliamentary immunity.

Instead, detectives have written to Congress with details of their investigation, asking for Ms de Souza to be stripped of her parliamentary status.

He cited a feud over Mr do Carmo’s handling of the family’s finances as a possible motive.

Prosecutors described a vicious family row in which Ms de Souza’s husband blocked her from giving “preferential treatment” to her favourite children.

They said Ms de Souza had tried to poison her husband at least six times before ultimately ordering several of her children to kill him.

Mr do Carmo, 42, was gunned down in the early hours of 16 June at the couple’s home in Niteroi, a city in south-east Brazil.

Given Ms de Souza’s celebrity status, Mr do Carmo’s murder and the subsequent investigation has attracted much media attention in Brazil.

Ms de Souza and her husband, who were parents to more than 50 biological and adopted children, were considered a power couple of Brazil’s burgeoning Evangelical Christian movement.

The lawmaker has pleaded her innocence, insisting she “never ordered this savage crime” her lawyer said, according to Brazilian media.

“The investigation demonstrated that [Ms de Souza’s] image of altruism and decency was merely a ploy to gain wealth and political power,” he said.