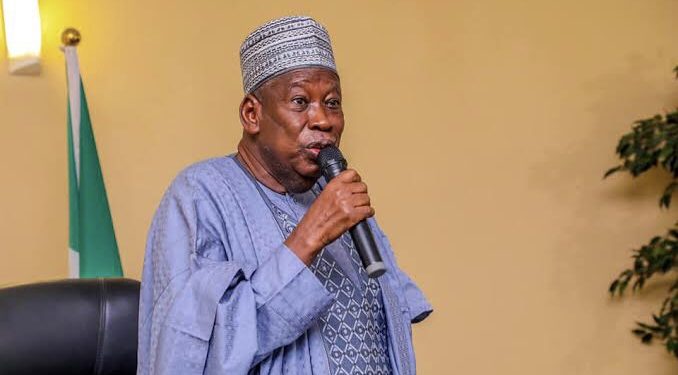 The Kano State Magistrate Court on Monday ordered 20 lashes each to be administered on two Kano State-based Standup Comedians, Mubarak Muhammad and Nazifi Bala for defaming the character of Kano State Governor, Dr Abdullahi Ganduje on their Tiktok accounts.

Magistrate Aminu Gabari, in his ruling, also ordered the duo to sweep and wash the toilets on the premises of the magistrates court located at No-man’s-land area of Kano metropolis for 30 days.

He further directed that 20 lashes each be administered in the public, and also sweeping and washing toilets of Justice Aloma Mukhtar Court Complex located at the No man’s land.

Senior Magistrate Gabari similarly administered non-custodial terms against the convicts and ordered the convicts to produce a video on social media to tender an apology to Ganduje.

The convicts had on Friday, November 4, pleaded guilty to the two counts of defamation and inciting public disturbance slammed against them.

According to the First Information Report, the duo had on their verified Tiktok account defamed the Kano State Governor, Dr Abdullahi Ganduje.

Consequently, the Prosecutor, Barrister Wada Wada, Principal State Counsel, Kano State Ministry of Justice, applied for a summary trial against the duo and the Magistrate fixed today (Monday) for sentence.