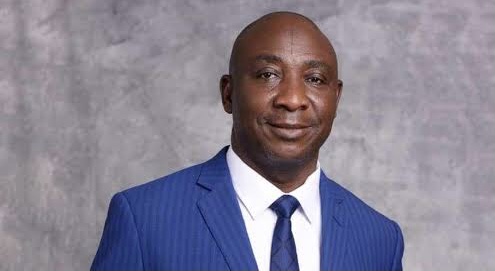 Gusau, a former Chairman of Chairmen of Nigerian football, was elected during the 78th Annual General Assembly of the NFF in Benin City, Edo State on Friday.

He emerged winner after a run-off with former Nigeria international Peterside Idah.

In the first round, Gusau finished top with 21, former NFF first Vice President, Barrister Seyi Akinwunmi was second with 12 votes, League Management Company chairman, Shehu Dikko got six, Idah, Abba Yola, both got one vote while Christian Emeruwa and David Doherty got zero.

But due to his inability to meet the minimum target of 22 votes, a run-off was decided.

While Akinwunmi and Dikko stepped down from the run-off, Idah faced Gusau.

And after the conclusion of the run-off, Gusau polled 39 votes while Idah scored one vote.