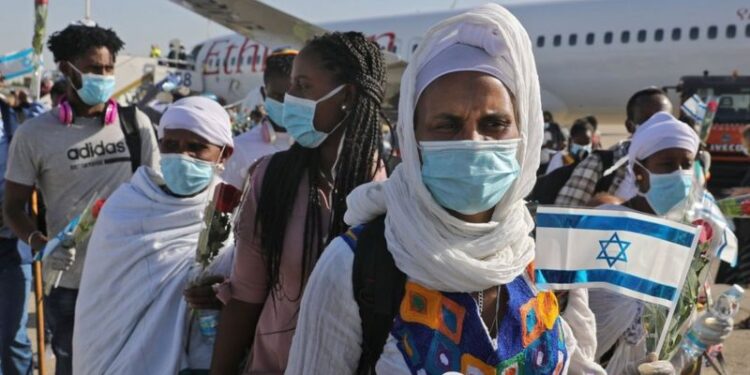 Israel has approved a plan to bring 2,000 Ethiopian Jews to the country, marking a major step towards ending a decades-long saga over their fate.

They are part of about 8,000 members of a community who have been waiting to come to Israel for years.

Known as Falash Mura, their right to settle in Israel is a contentious issue as their background rules out automatic citizenship available to most Jews.

Secret operations brought thousands of Ethiopian Jews to Israel in the 1980s.

Many members of the Falash Mura have familial connections to that community, which is known as the Beta Israel. However, they have only been allowed to emigrate to Israel on a case-by-case basis, and thousands remain in camps in Gondar and Addis Ababa in Ethiopia.

The Falash Mura community descends from members of the Beta Israel who were converted to Christianity by European missionaries in the late 1800s. They have since returned to practising Judaism but are not officially recognised by Israel’s interior ministry as fully Jewish.

She has previously vowed to bring the rest of the Falash Mura community to Israel as soon as the end of next year.

Ethiopian Jews were first brought to Israel from refugee camps in Sudan in a series of secret operations in the early 1980s by Israel’s Mossad intelligence agency on the orders of the then Prime Minister Menachem Begin.

Further operations followed, concluding with a mass airlift from Ethiopia in 1991.

The Ethiopian Jews’ integration in Israel has been challenging, with the community suffering disproportionately high levels of unemployment and poverty as well as discrimination, although their situation has shown signs of improvement in recent years.