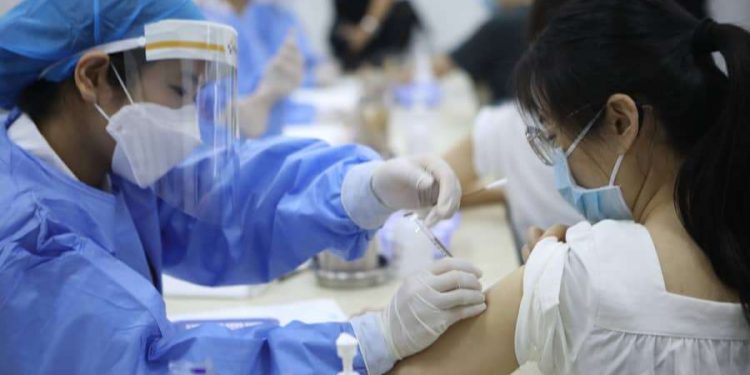 China has administered more than 1 billion Covid-19 vaccine doses, an astonishing milestone that comes as the country rolls out an unrivaled inoculation drive.

A total of 1,010,489,000 doses have been given as of Saturday, China’s National Health Commission (NHC) said in a statement.

Those doses are almost 40% of the 2.5 billion shots administered globally.

The NHC said 100 million doses were given in the five days up to and including Saturday, according to state media outlet Xinhua.

The 1 billion number is all the more remarkable given that China’s rollout had a stuttering start.

China only reached its first million administered doses on March 27 — two weeks behind the US. But the pace picked up significantly in May, with more than 500 million shots given over the past month, according to data from the NHC.

Beijing has successfully contained the virus but several recent local outbreaks, including in the northern Anhui and Liaoning provinces and Guangdong in the south, have fueled fears of infections, prompting a rush to get vaccinated in affected regions.

China has also begun to vaccinate people under the age of 18, with teenagers eligible to receive the Sinopharm and Sinovac vaccines.

For those still reluctant, China has a powerful tool in its arsenal: a top-down, one-party system that is all-encompassing in reach and forceful in action, and a sprawling bureaucracy that can be swiftly mobilized.

Beijing aims to vaccinate at least 70% of eligible people by the end of the year, Xinhua reported, citing the deputy head of the NHC Zeng Yixin.

Around 1.4 billion people live in China. Due to this, the country’s administered doses per 100 people is still behind nations such as the US and Britain.

But if its inoculation drive can keep up the current pace, Beijing will catch up fast.