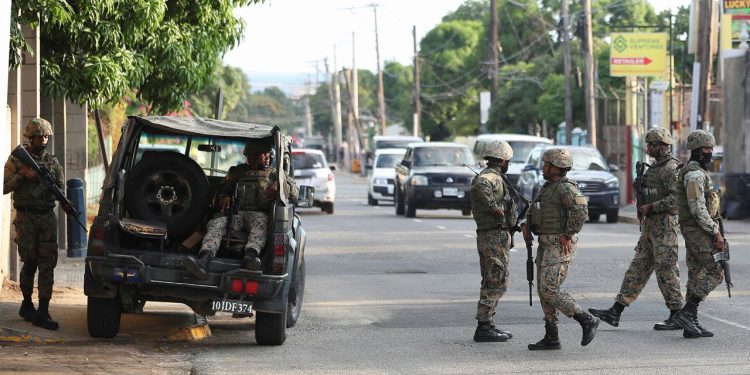 A widespread state of emergency has been declared across Jamaica to fight violent crime, the island nation’s Prime Minister Andrew Holness said in a public address Wednesday.

“All Jamaicans should be able to enjoy the Christmas season free from the threat of violence. We have some really serious criminal threats facing us and we have to use all the powers at our disposal,” Holness said.

The State of Emergency (SOE) will be enforced in nine of Jamaica’s 14 parishes, including Clarendon, Saint Catherine, Westmoreland, Hanover and parts of Kingston, Saint Andrew, Saint Ann and Saint James, which encompasses the popular tourist destination Montego Bay.

The state of emergency allows authorities to arrest people and search buildings without a warrant.

“We have to ensure that our homicide rate and the level of violence that citizens experience on a daily basis does not get to the point where it threatens to collapse the state,” Holness added in his address.

Jamaica, which has one of the highest murder rates in the Carribean (per 100,000 people), previously imposed an SOE over several areas across the Island on November 15, but it ended on November 29 after it failed to pass a senate vote to have it extended.

The newly announced SOE was met with backlash from members of the public as well as opposition politicians.

During the last SOE Jamaica’s Supreme Court ruled that island authorities had violated the rights of a man who was arbitrarily arrested and detained for months without trial.