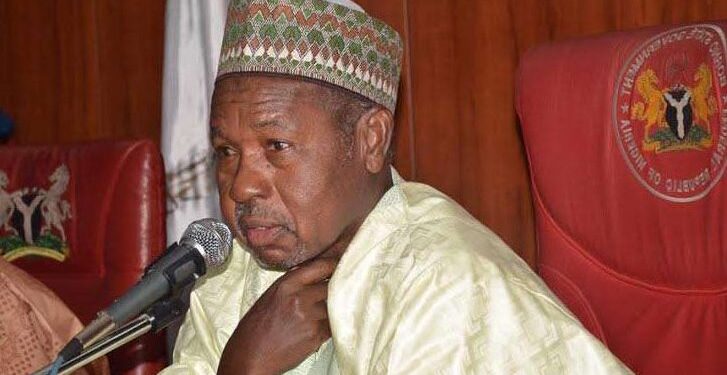 Unidentified kidnappers of several hundreds of students from a secondary school in Katsina State, have begun discussions with the Nigerian Government, the Katsina State Governor, Aminu Masari, has said.

Recall that an unknown but large number of students from the school were kidnapped by bandits. The state government has put the number of kidnapped students at 333, a number the federal authorities dispute.

Buhari, who is currently on a private visit to Katsina, his home state, even before the bandits struck, is yet to visit the school or parents.

A government delegation led by defence minister, Bashir Magashi, had earlier visited the governor, promising that the students would be rescued.

The presidency on Monday in a statement signed by Garba Shehu, quoted the governor as saying progress is being made in the rescue of the students.

“We are making progress and the outlook is positive,’’ the governor reportedly told reporters after an hour meeting with the president, which started at 2 p.m.

The governor, who was accompanied by the deputy governor of the state, Manir Yakubu, said the kidnappers had made contact and discussions were already on pertaining to the student’s safety and return to their homes.

Governor Masari also noted that security agencies had located the position of the children.

The governor said the “President was fully committed to the rescue of the school children,” adding that, “it was only appropriate to visit the President and give him more details of rescue efforts”.