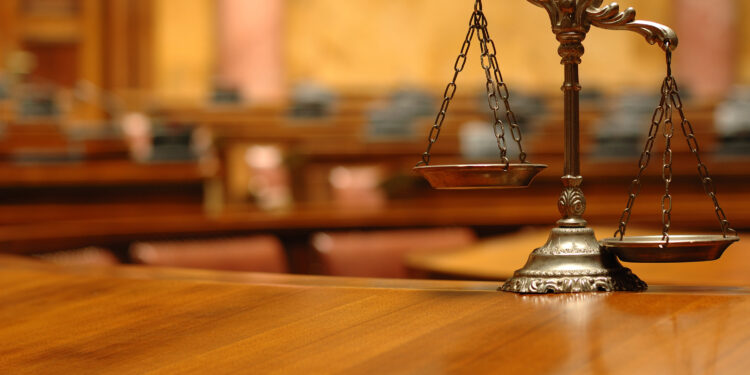 A Yaba Magistrate Court has remanded a Lagos-based 28-year-old man, Damilola Areje, whose parents are police officers, in Kirikiri Correctional Facility for car theft, pending when he meets his bail conditions.

Damilola was granted bail in the sum of N3m, and two sureties with two years tax clearance and at least a house each within the jurisdiction of the court.

The PUNCH reports that Damilola had in July this year, allegedly absconded with a 2019 Mercedes Benz GLE 43, worth N52 million, and $700 worth of Bitcoin belonging to a 32-year-old businesswoman, Nneka Chiemelu.

According to Miss Chiemelu, Damilola, an acquaintance whose father, Inspector Adegbola Areje is a policeman, allegedly stole her car from her apartment in Lekki Phase 1 and absconded with $700 worth of Bitcoin which was paid into his wallet by one of her clients on Friday, July 22, 2022, at 04:05 pm.

After about two months of police investigation, Damilola was arraigned in court on Tuesday for stealing, and he has been remanded in Kirikiri prison pending when he meets his bail conditions.

Our correspondent, however, gathered that Chiemelu was yet to recover her car from the custody of the police, as she was asked to make an official request for the car to be released.

Her lawyer, Michael Eyinnaya, told our correspondent that they would be making an official request for Chiemelu’s car to be retrieved from the police.

When contacted by our correspondent, Tuesday evening, the Lagos State Police Command’s Spokesperson, Benjamin Hundeyin, said he was going to make enquiries concerning the case.

“I’ve been busy, I haven’t heard about it, but I’ll find out and get back to you when I find out,” he said.