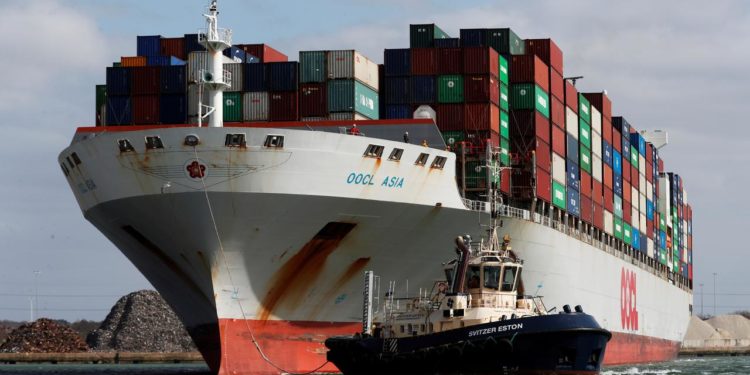 The stockpile of containers is also causing serious congestion due to the closure of access roads for repairs, even as lack of cargo scanners has forced the Nigeria Customs Service (NCS) to resort to physical examination. These combined have led some importers to seek solace in neighbouring ports.

The Chairman, Nigerian Shippers Association (Lagos chapter), Mr. Jonathan Nichol, bemoaned that importers lost over N15 trillion to the Coronavirus pandemic, adding that it has limited importation and forced a lot of factories to shut down.

Nichol adds: “The figure is even higher because importers cannot pay demurrage for most of the goods now trapped in the ports. Factories have shut down for three months and they don’t have money to pay demurrage. Then you say shippers refused to come and take their cargoes.”

Owing to this, the chairman further charged the government to introduce a blanket concession on demurrage from the period before COVID-19 to encourage importers.

He spoke, however, on what it takes for get Form M. “You cannot get Form M to process import. The liquid value for the foreign exchange must be in your account, which you cannot withdraw. The money has remained there for three months”.

Highlighting still, he noted bitterly: “You cannot receive your goods. The bills are constant. Workers’ salary is constant. Transportation is higher. Servicing is constant, and many more; all on one importer. Then you begin to think of how to pay demurrage. The whole thing is just terrible.”

The President, National Council of Managing Directors of Licensed Customs Agents (NCMDLCA), Mr. Lucky Amiwero, said their problem remains unavailability of rail. “Our coastal lines are not utilised and the roads are not good. The implication is grave”.

He also stressed that the impact on the economy is in trillions of naira. Adding, he said they had not done the full estimate. “But we are in a terrible mess because the importers will move their cargoes through other countries”.

“Our cost of doing business is one of the highest. We still do physical examination of cargoes. All these challenges make our ports unfriendly. That means we cannot be a trans-shipment port. We are talking of a country that has about 70 per cent of the cargoes in Africa and other countries that have less are sharing of these cargoes. That is too bad.”

They should be severely sanctioned for violating Federal Government’s directive. The importers are made to pay unnecessary demurrage and rents as a result of manipulation and unwholesome practices, infrastructure deficiency and interplay among the government agencies.”