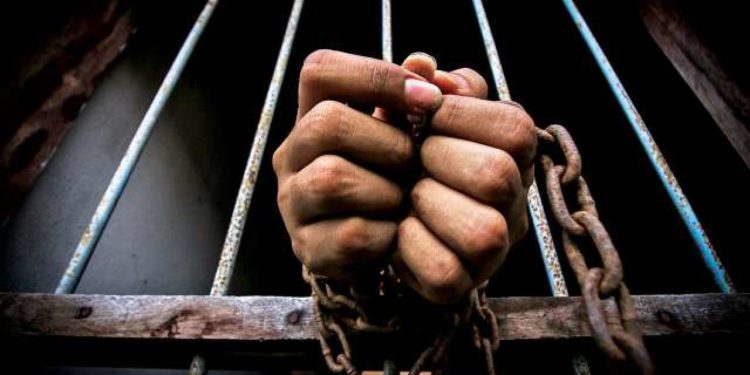 The duo – Olamilekan, 33, and Akande 27 – are both technician and printer respectively. Olamilekan was said to have had unlawful sexual intercourse with the deceased around 7:30pm at flat 7A, 1, Lugard Avenue lkoyi, Lagos.

They were arraigned before Justice Modupe Nico-Clay, who remanded them after they had taken their plea.

In the words of Onigbanjo, the incident took place around 7:30 pm at flat 7A, 1, Lugard Avenue lkoyi Lagos. Onigbanjo said Olamileka, on December 8, 2019, at about 7: 30pm, unlawfully had sexual intercourse with Bernadette.

The prosecutor further told the court that the defendants unlawfully killed her by suffocating her to death with a small pillow. Onigbanjo said, “The duo also attempted to kill the husband by stabbing him severally on the neck, head and back”.

The defendants were also accused of robbing the Tohouo-Tohouo of several property.

The case was adjourned until Tuesday June 30 for trial.