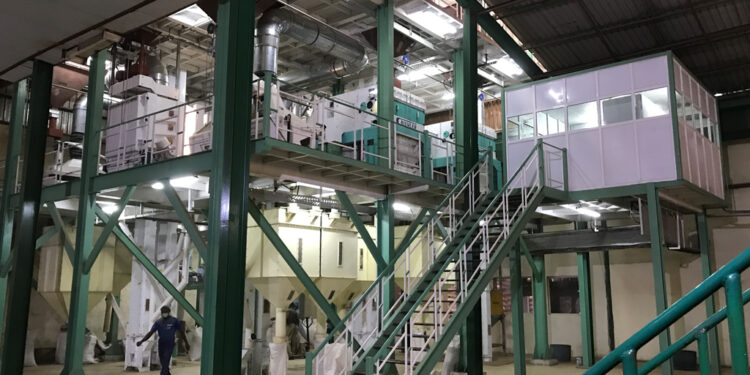 The Chairman, Lagos State House Committee on Agriculture, Mr. Kehinde Joseph has charged contractors handling the Imota Rice Mill to hasten work on the project in order to meet the December 2020 completion timeline.

Joseph stated this in an inspection tour and oversight function to the rice mill with other members of the committee on Thursday in Lagos.

He noted that the committee was overseeing the project to ensure that percentage of work done so far is commensurate with the money already released by the state government.

The chairman expressed the need for the mill to start operations as soon as possible, adding when it becomes functional in December, prices of local price would collapse from the present fluctuation above N20,000.

In his words: “We have gone round to see how far they have gone in respect of the rice mill in Imota.”

“We are being told that, hopefully by December, this Mill will start functioning,” he divulged.

Joseph recalled, “About two or three months ago, the Acting Commissioner for Agriculture told us when she visited this place that the percentage of work done so far was 80 or 85 per cent and with the level of the money that has been released to them, I believe they should be able to finish the job before the end of the year.”

That is why, he continued, I want to call on the contractors to hasten the job because, by the time the Rice Mill starts functioning, hopefully by December, it is going to collapse the price of local rice, especially in Nigeria.

Joseph, however, lauded the leadership of the Ministry of Agriculture for a great job done so far on the project, adding that the creation of over 250,000 jobs which will come with the completion of the project will reduce the high unemployment rate in the State.

“I want to use this opportunity to commend the Acting Commissioner and her team. They have done a very good job. She told us during the inspection that this mill is going to generate more than 250,000 job opportunities when completed, that alone is something laudable which we are all looking forward to”, he added.