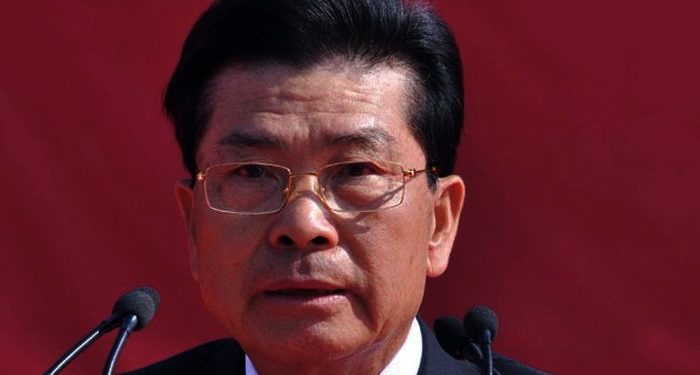 A home appliance billionaire and one of China’s richest people was held hostage with his family for hours in a dramatic kidnapping attempt in which his son reportedly swam across a river to alert police, local media and authorities said.

Midea founder He Xiangjian, 77 — ranked 45th on the global Forbes Rich List with a fortune worth more than $24 billion — was accosted by five people at his home in the city of Foshan, in the southern province of Guangdong, on Sunday.

Few additional details were provided by police. However the Securities Times, a business newspaper owned by the Communist Party mouthpiece People’s Daily, said the initial phone call for help claimed the attackers may have been carrying explosive devices.

A police statement didn’t directly confirm He was the target, only saying it was a victim surnamed “He.” However, Midea later issued a statement thanking police on the company’s Weibo social media account.

According to Chinese state-run broadcaster CGTN, police were called at about 5:30 p.m. Sunday saying that a private home in Junlan International Golf Life Village had been broken into and people inside were being threatened.

State media said He’s son, He Jianfeng, managed to escape and swam across a nearby river to notify authorities. Five people were later arrested, with police saying no one was injured in the ensuing standoff.

“After receiving the report, the provincial, municipal and district public security organs became highly concerned about the case and quickly organized police to rush to the scene,” police said in a statement.

Founded in 1968, Midea is one of China’s largest appliance companies, producing a range of products from air conditioners to dehumidifiers. In 2019, the company’s total operating revenue was more than $33 billion.