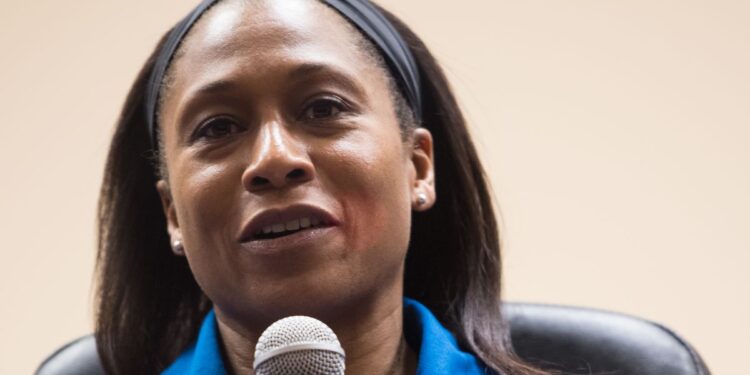 Two years ago, NASA astronaut Jeanette Epps was slated to fly into orbit aboard a Russian spacecraft and become the first Black astronaut to serve as a crew member of the International Space Station.

At the last minute, Epps was removed from that assignment with no explanation.

Though more than a dozen Black Americans have traveled to space since Guion Bluford became the first to do so in 1983, none has had the opportunity to live and work in space for an extended period, as the ISS has enabled more than 200 astronauts to do since 2000.

On Tuesday, after years of speculation about why NASA removed Epps from her assignment, she was finally reassigned. NASA said she will join astronauts Sunita Williams and Josh Cassada on a 2021 mission aboard a Boeing-built Starliner spacecraft, a vehicle still under development that is expected to re-do a key test flight later this year.

Epps has a doctorate in aerospace engineering and served seven years as a technical intelligence officer at the CIA before joining the astronaut corps in 2009. NASA said in 2017 that Epps wouid make history by joining the crew of Expedition 56. During ISS expeditions, astronauts become residents of the space station and spend months conducting experiments and caring for the 20-year-old orbiting laboratory.

But even as more than a dozen Black Americans have traveled to space on NASA’s Space Shuttle, some of whom helped build the ISS, none of them served as expedition crew members.

NASA astronaut Victor Glover could be the first Black person to join the ISS crew as well. He’s assigned to a SpaceX Crew Dragon mission that is scheduled to take off later this year.

In 2018, NASA abruptly rescinded Epps’ assignment after she had completed her training, less than six months before Expedition 56 was slated to launch. She was replaced by Serena Auñón-Chancellor, and Epps publicly expressed confusion about the decision. Astronauts typically are replaced only for medical or family-related matters, and Epps confirmed neither applied to her situation

.”It was a decision of my management, and it’s something that we’re going to try to continue to work through,” Epps said at a conference in Berlin in last year. She said that she didn’t know who made the decision or why, adding that she did not believe that the decision came from the cosmonauts she trained with.

“I think I was able to develop really good working relationships with everyone there,” she said, referring to her training at Russian space facilities.

When asked if she attributed the decision to sexism or racism, Epps replied: “There’s no time to really be concerned about sexism and racism and things like that because we have to perform. And if it comes into play, then you’re hindering the mission…Whether or not it’s a factor, I can’t specifically speculate on what people are thinking.”

Details about the decision still have not been made public, and the annoucement about Epps’ new assignment did not mention Expedition 56.

“A number of factors are considered when making flight assignments,” NASA said in a statement. “These decisions are personnel matters for which NASA doesn’t provide information.”

The mission Epps is now assigned to, Starliner-1, will be the first fully operational flight of Boeing’s new spacecraft, which the company is developing for NASA’s Commercial Crew Program.

But Boeing must still hit several milestones before then. Starliner must repeat an uncrewed orbital flight test after its first flight, in December 2019, proved the spacecraft was riddled with software errors. Boeing was forced to bring the spacecraft home days ahead of schedule and without completing its primary objective of docking with the ISS. A do-over of the mission is expected later this year.

After the uncrewed test flight is successfully completed, NASA astronauts Michael Fincke, Nicole Mann, and Chris Ferguson, a former NASA astronaut who now works for Boeing, will pilot Starliner on its first-ever crewed flight before the vehicle is certified as “operational.” That will pave the way for Epps’ mission.

Williams and Cassada, the astronauts previously already assigned to Starliner-1 mission, each posted videos on Twitter welcoming Epps to the crew.